Like Satin, the two girlfriends would compete to have a secret affair abroad. 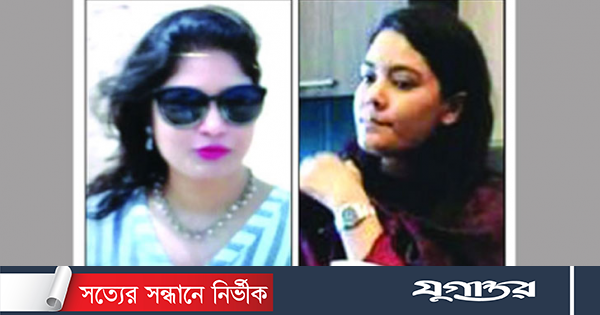 Prashant Kumar (PK Haldar), former Managing Director (MD) of NRB Global Bank and Reliance Finance Limited, has fled to Canada with 3.5 billion rupees. Many people are involved in this money scandal. Among them, according to information provided by law enforcement, the names of two close friends of PK Haldar have also been found. One of them is named Nahida Runai. Another is Avantika Baral.

They were both desperate to get close to Haldar. He wanted to keep his shape and his youth close to him. Some kind of war was raging between Avantika Baral and Nahida Runai. But PK Haldar wanted them both in private. I used to spend intimate time with each other without knowing it. I used to leave the country.

The Anti-Corruption Commission (ACC) has filed a case against PK Haldar associates. Ujjwal Kumar Nandi, President of People’s Leasing, one of PK Haldar’s associates, pleaded guilty in the case under Section 164.

Referring to Runai as’ elder sister ‘in his statement, Ujjwal said:’ PK Haldar’s two girlfriends, Avantika Baral and Nahida Runai. He has traveled to Singapore and Thailand 20 to 25 times separately with these two. There was great competition between the two to get PK Haldar’s company. PK Haldar was seen spending time separately with Runai and Avantika at different clubs in Dhaka.

In early January 13, an ACC team arrested Avantika Baral from the Dhanmondi area of ​​the capital. He is still in jail. He has been charged with conspiring with PK Haldar to acquire non-profit assets and money laundering through various illegal businesses and illegal activities.

In his statement, Ujjwal Kumar Nandi further said: ‘We used to call Runai as Big Apa and Avantika as Little Apa. Because Runai manages International Leasing and Avantika manages People’s Leasing. PK Haldar used to send me on pleasure trips to different countries at different times. I went to Malaysia with him 3 times. Amitabh Adhikari and Rajiv Som also went with me to Malaysia. Let’s go once with family members. PK Haldar paid all travel expenses at all times. With his money I went to Singapore and Thailand 3 times. My companions on these trips were Rajiv Som, Amitabh Adhikari and PK’s girlfriend, Avantika Baral.

An official from the ACC investigation team said: ‘PK Haldar’s relationship with Runai and Avantika was like that of a husband and wife. And Runai and Avantika’s relationship was like Satin’s. There was also fierce competition between the two for overseas travel. Once, PK secretly went on a pleasure trip to Singapore with Avantika. When Runai learned of the matter, several people said that PK had suffered physical abuse. Apart from this, Runai attacked PK several times because of his closeness to Avantika.

Who is this PK Haldar?

PK Haldar was born in the Dighirjan village of Nazirpur upazila of the Pirojpur district. The father is the late Prannendu Haldar and the mother is Lilavati Haldar. His mother was a government primary school teacher. PK Haldar and Pritish Kumar Haldar are two brothers who graduated from Bangladesh University of Engineering (BUET). Later he studied business administration.

Until 2006, PK Haldar was Deputy Managing Director (DMD) at IIDFC. With 10 years of banking experience, he became CEO of Reliance Finance in 2009. He joined NRB Global Bank as an MD in July 2015.

According to the investigation, the two brothers opened a company called Hal Trip Technology in India in 2016, one of whose directors was Pritish Kumar Haldar. His office is in Mahajati Sadan, Calcutta.

In Canada, a company called P&L Hall Holding Inc. was opened in 2014, with directors PK Haldar, Pritish Kumar Haldar, and his wife Sushmita Saha. According to the Canadian government website, the home is located at 16 Dincrest Road, Toronto, Canada.

Despite winning in Bangladesh, West Indies failed at home

A woman died in Hatirjheel, her husband was arrested