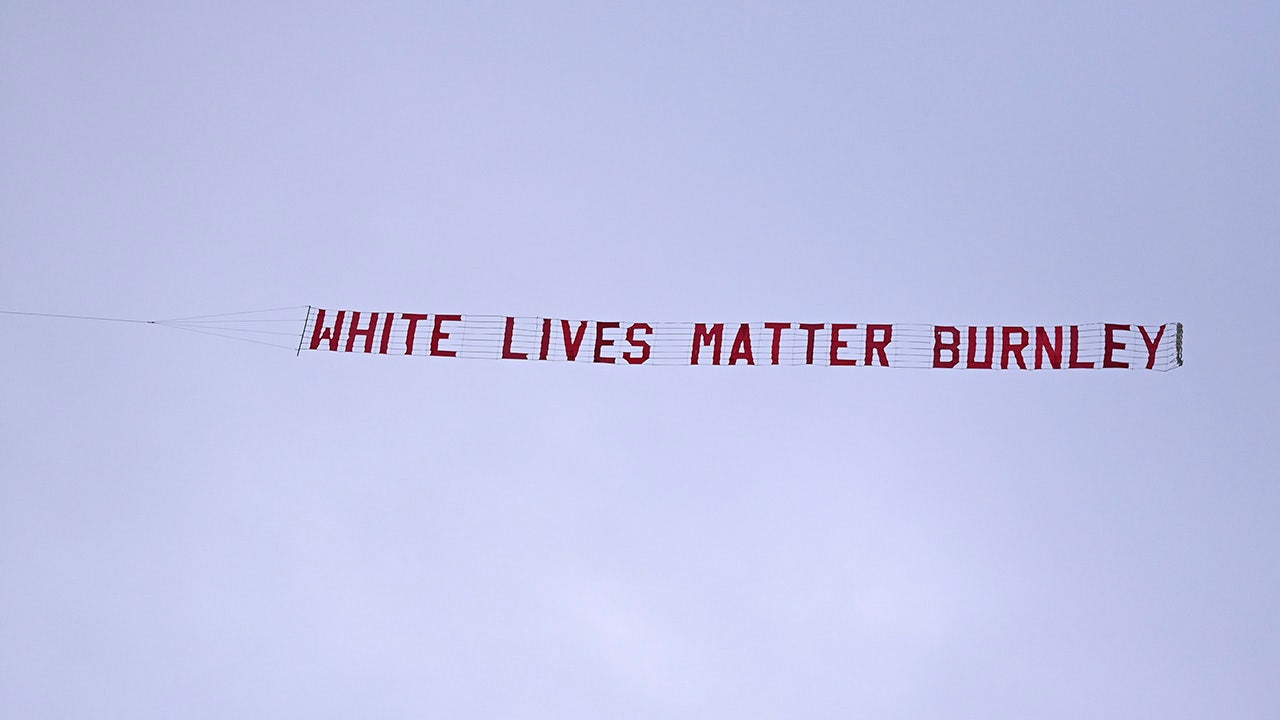 The plane was seen flying over Manchester Stadium just as players began to kneel down to show support for the Black Lives Matter movement. The plane circled the stadium for several minutes. Lancashire police said they will be “fully investigating” the incident.

“It is a minority of our supporters. I know I speak for a massive part of our support that distances itself from something like that. It definitely had a great impact on us seeing that in the sky, ”he added. “We are ashamed that our name was on it, that they tried to associate it with our club, it does not belong anywhere near our club.”

Burnley apologized for the banner and condemned it in a statement.

The club added: “The club has a proud history of working with all genders, religions and religions through its award-winning community scheme, and opposes racism of any kind. We’re totally behind the Premier League’s Black Lives Matter initiative and, in line with all the other Premier League games carried out since the project restart, our soccer players and staff willingly knelt at the launch in Manchester City “

The Premier League resumed last week and the clubs took the initiative to replace the names of the players on the back of the shirts with “Black Lives Matter”. The players, coaches and match officials have knelt for about 10 seconds before the start in the first 12 games since the restart.