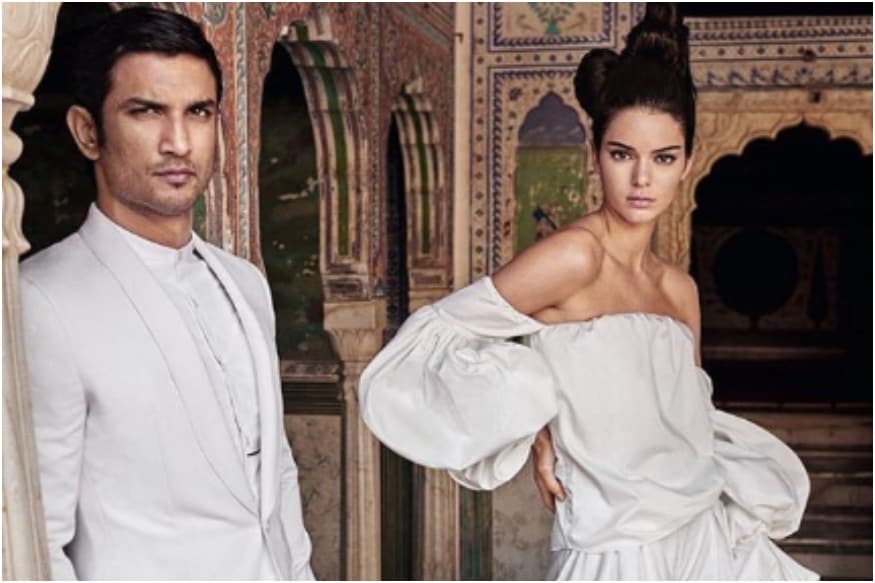 The late Bollywood actor Sushant Singh Rajput appeared on the cover of a magazine with supermodel Kendall Jenner in 2017. Here’s a retrospective of the time.

Sushant Singh Rajput and American supermodel Kendall Jenner appeared in the May issue of a leading fashion magazine in 2017.

A behind-the-scenes video (BTS) from the sets recently hit social media. In the clip, one can see an excited Sushant grinning from ear to ear with joy as he heads to the photo shoot location.

Sushant shared the painting with popular international model Kendall Jenner when the latter visited India in February. The two posed for the series at a Palace Hotel in Jaipur looking regal and elegant in a completely white outfit. Kendall is wearing an off-the-shoulder number in oversized pants when seen leaning against Sushant. On the other hand, the Kai Po Che actor looks stylish in a white three-piece suit.

The highlights of the photo shoot were shared by the magazine on its official Instagram page.

In the picture, Sushant is dressed in an embroidered ethnic black velvet jacket and looks real as he poses from an old car.

Mario Testino wrote: “Very sad to hear that Sushant Singh Rajput passed away today. A wonderful Bollywood actor and great person leaves us at the young age of 34. My thoughts go out to his family, friends and the Indian film industry that loses a star. RIP”