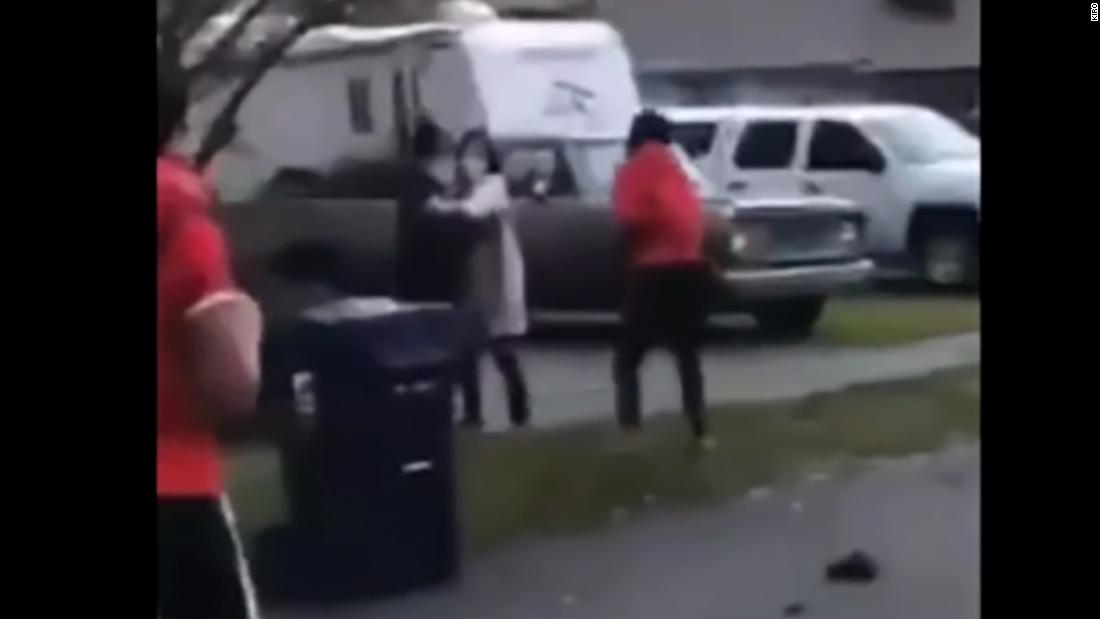 The video of the attack shows a man wearing a red top running towards a man and a woman in the street, then the woman cries while swinging in front of the man while another man looks on. In the second clip, the male victim is being cursed and pushed or pushed, although in the video it is not clear if he is the same attacker or someone else as part of the group.

The attack took place on November 19, 2020, Tacoma Police Public Information Officer Wendy Haddo told CNN. He filed a complaint at the time, but police did not connect him to the video until family members of the victim identified his relatives in his footage.

Haddo said, “The family looked at the news. He declined to comment on whether the person who shot the video was one of the attackers, citing constant investigations.”

The victims did not know the attackers, according to Tacoma police.

“They’ve never seen him before, never dealt with him,” Haddo said. He told CNN he would decide on the Pierce County Prosecutors’ Office fees whether to pursue the case as a hate crime.

A Korean man who identified himself as one of the victims told CNN on Wednesday. Interviewed with Kiaro attached. He said he forgave the attackers but wanted to ensure that violence against Asians was properly investigated.

“I want to be better than that. I want him to know that this was bad,” the man said in Korean, according to a translation by Kiro.

There has been a sharp rise in anti-Asian attacks across the country during the Kovid-19 epidemic. In New York City, 28 arrests were made for hate crimes targeting Asians in 2020, three in 2019 and two in 2018.