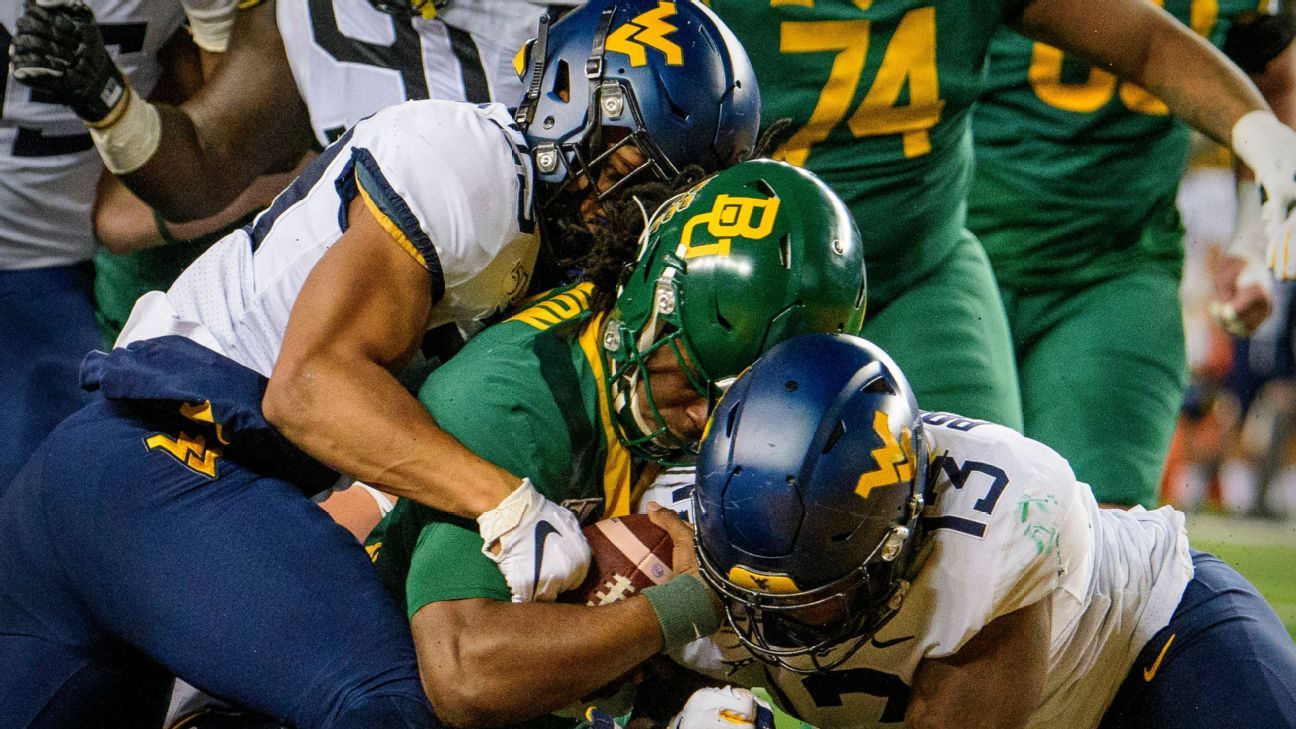 West Virginia placed defensive coordinator Vic Koenning on administrative leave while launching an investigation into allegations of mistreatment made by safety Kerry Martin Jr. on Tuesday.

“I want to thank Kerry Martin for having the courage to bring up their concerns. We will not tolerate any form of racism, discrimination or prejudice on our campus, including our sports programs,” said West Virginia Sports Director Shane Lyons in a statement. . “Coach Vic Koenning has been placed on administrative leave with immediate effect, and the department will work with the appropriate parties to conduct a thorough investigation of these allegations. This is serious, and we will act appropriately and in the best interest of our student athletes. “

Martin posted the allegations on Twitter and wrote that “we need a change in our program.” The sophomore alleges that Koenning, who also trains WVU security measures, called him “retarded” during a team training earlier this month and has made inappropriate comments about religion, politics and the recent racism protests. and police brutality. Martin said he met with WVU head coach Neal Brown about Koenning’s behavior.

“Coach Vic is not a bad person and he has good intentions in many [different] aspects, but his heinous actions towards us about the rules of the good things he has done and many of us are uncomfortable being around him, “Martin wrote on Twitter.” He didn’t want to bring negativity to the show, but with everything going on, he must still act this way and feel good about saying what he said isn’t right. Enough is enough.”

Martin alleges that last season Koenning spoke at a position meeting “about President Trump and how he should ‘build the wall and keep Hispanics out of the country,’ and there is a Hispanic at the meeting.” Martin also referred to a meeting Koenning had with his high school coach Jon Carpenter, who described Koenning as having a “slavemaster mentality” in a later conversation with Martin.

Carpenter denied making that claim on Tuesday, saying “This week on WV Sports” “100 percent no. I never told him that,” adding that “Kerry with a broken heart could feel that way.” Martin responded to Carpenter’s claim, calling it “100 percent false” on Twitter.

Martin also referred to a virtual meeting on Tuesday in which Koenning allegedly said about the recent protests: “If people do not want tear gas fired at them or the police reject it, then they should not be outside protesting.” Martin said he tried to address Koenning’s comments at the meeting, but a graduate assistant stepped in and led the conversation to soccer. Koenning asked Martin to remain on the call later and “wanted to apologize and clarify what he said.”

Koenning, 60, joined the West Virginia staff in 2019 after working in the same role as Brown in Troy from 2015 to 2018. He spent three seasons as Wyoming’s head coach and led Illinois in an interim position in 2011. Martin appeared in all 12 games on WVU as a freshman in 2019, started four contests, and recorded 50 tackles and five pass breaks.

In his tweet, Martin posted a text message exchange from Monday’s meeting with the unidentified graduate assistant, who acknowledged that Koenning is struggling to get his message across appropriately.

“He is an older man who grew up at a different time, he will never see him like you, me or others,” the graduate assistant writes to Martin. “He will always defend his point of view.”

Martin alleged that Koenning “antagonized” former WVU defensive defender Derrek Pitts for his religious beliefs, and had multiple meetings with Martin after Martin decided to change his religion.

“He too [given] He wrote me a book on how to find Christ and has even read me the scriptures from his FCA Bible, “Martin wrote.