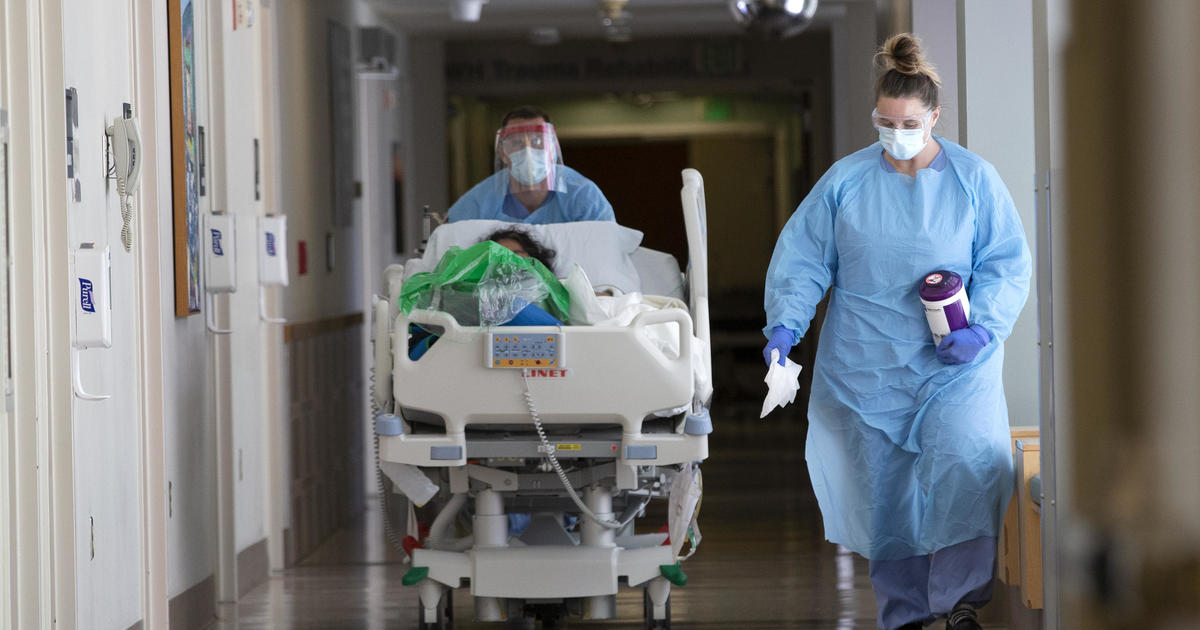 A county in Washington state has run out of hospital beds due to a recent surge in coronavirus cases, and now Washington Governor Jay Inslee says the entire state will take a more aggressive approach to managing the pandemic. . Everyone in the state, with a few exceptions, will now have to wear a face mask and will be charged with a misdemeanor offense if they do not.

At a press conference Tuesday, Inslee said the state is experiencing a “spike” in COVID-19 activity, and that to stop it, the state needs to “remain vigilant, diligent and resourceful.”

“The number of people a person infects is now increasing,” Inslee said, adding that every coronavirus-infected individual in the state is potentially infecting three other people.

As of Tuesday night, there are 28,870 confirmed cases of coronavirus in Washington and more than 4,000 hospitalizations, according to the state Department of Health. Yakima County, which is located southeast of Seattle, has the second-highest number in the state, and said it has run out of hospital beds to help fight the virus.

On June 19, the Yakima Health District said in a statement that the Virginia Mason Memorial “had no intensive care or non-intensive care beds available.”

“There were multiple patients waiting for space in the hospital bed overnight,” the district added. “This was after at least 17 patients had already been transferred out of the county. Several people are still waiting for the available space in bed.”

Yakima is now the epicenter of the virus in the state, Inslee said.

“The healthcare system, due to COVID-19 infections, is so stressed that there is no space in the Yakima County Hospital. There are no rooms available for people for this treatment in Yakima County,” he said. “That means that patients have to be sent by ambulance out of Yakima County to Seattle and elsewhere … We don’t want that condition to spread throughout the state of Washington.”

Yakima County hospitals also said they have seen “critical staff shortages” this week due to the virus. In the press release, the Yakima Health District said staff members have called because they are spreading the virus, have symptoms, or have been in close contact with people who tested positive.

“Nearby, the Benton and Franklin counties health care system is also reaching capacity,” the statement said.

“Benton and Franklin counties are seeing a rapid and steady increase in hospitalizations due to COVID-19, and the number of patients nearly doubled in the past two weeks. While hospitals are not yet overwhelmed, if the rate continues , we will exceed capacity quickly, “said Malvina Goodwin of the Benton-Franklin Health District.

Due to the increase, Inslee and the state secretary of health have issued a public health order requiring the use of facial coatings. The order, which takes effect on Friday, requires most people in the state to wear something that covers their nose and mouth. Covers will be required in indoor public areas and public outdoor areas that do not maintain six feet of social distance.

The only people who are not required to comply with the policy are the deaf or hard of hearing, children under the age of five, people who eat, and those in other “common sense” situations.

Those who intentionally violate the mandate will face a lesser charge, Inslee said.

“It is imperative that we take additional steps to protect all of us,” he added. “This is the way we have to look at this, we just cannot want this virus to go away. We have to use the tools we have available that we know work.”

Inslee also announced its plans to sign a proclamation on Wednesday directing companies in Yakima County to enforce the facial coverage rule. Companies that allow non-hedging customers will not be able to continue operations, Inslee said.

Last weekend, about 60% of people in Yakima County were wearing face masks, Inslee said. “When we wear a face mask, it is a statement that we care enough about other people to protect them from that potential virus,” he added. “Until a vaccine or cure is developed, this will really be our best defense.”