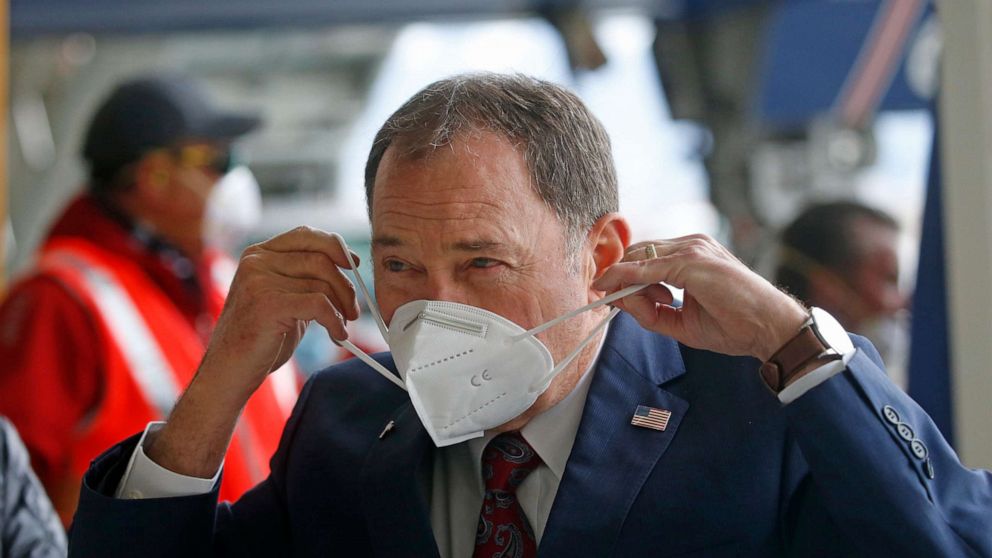 A public health official warned that a “complete shutdown” may be necessary.

The Utah governor said he “has no plans” to shut down the economy, directly pressuring a public health official who warned that as COVID-19 cases continue to rise in the state, “a complete shutdown” may be the only way to stop the spread.

Dr. Angela Dunn, a Utah epidemiologist, made the warning in a memo obtained by ABC Salt Lake affiliate KTVX on Monday.

“All of our goals are aligned: keeping the economy open and preventing deaths / illnesses. We are rapidly reaching a point where the only viable option to control the spread and deaths will be a complete closure. This could be our last chance to correct the course “Tracing and testing contacts alone will not control this outbreak,” Dunn wrote.

Dunn encouraged the state to pause any loosening of the restrictions until July 1 and demand that face covers be worn.

“This could be our last chance to correct course,” Dunn wrote.

Despite Dunn’s note, Gov. Gary Herbert said in a statement that “he has no plans to shut down Utah’s economy.”

“Dr. Dunn’s internal memo raises alarm about the growing cases of COVID-19 in Utah. I appreciate his analysis and share many of his concerns. We will work to stem this tide, but I have no plans to shut down Utah’s economy.” wrote on Twitter.

Herbert urged Utahns to protect themselves “by following our common sense guidelines for social distancing, good hand hygiene, and especially the use of face covers.”

Utah is one of the few states that has seen an increase in hospitalizations, deaths, and positivity rates, according to an ABC News analysis of state-published data compiled by the COVID Monitoring Project. The positivity rate measures how many tests are positive for COVID-19 compared to the number of tests performed.

The state entered the yellow phase of its COVID-19 response on May 15, and the surge in new cases began about 12 days later, according to KTVX.

The next day, the state reported the highest number of new virus cases in a single day for the third consecutive day.

There are 17,906 cases of COVID-19 in the state so far, according to the Utah Department of Health.