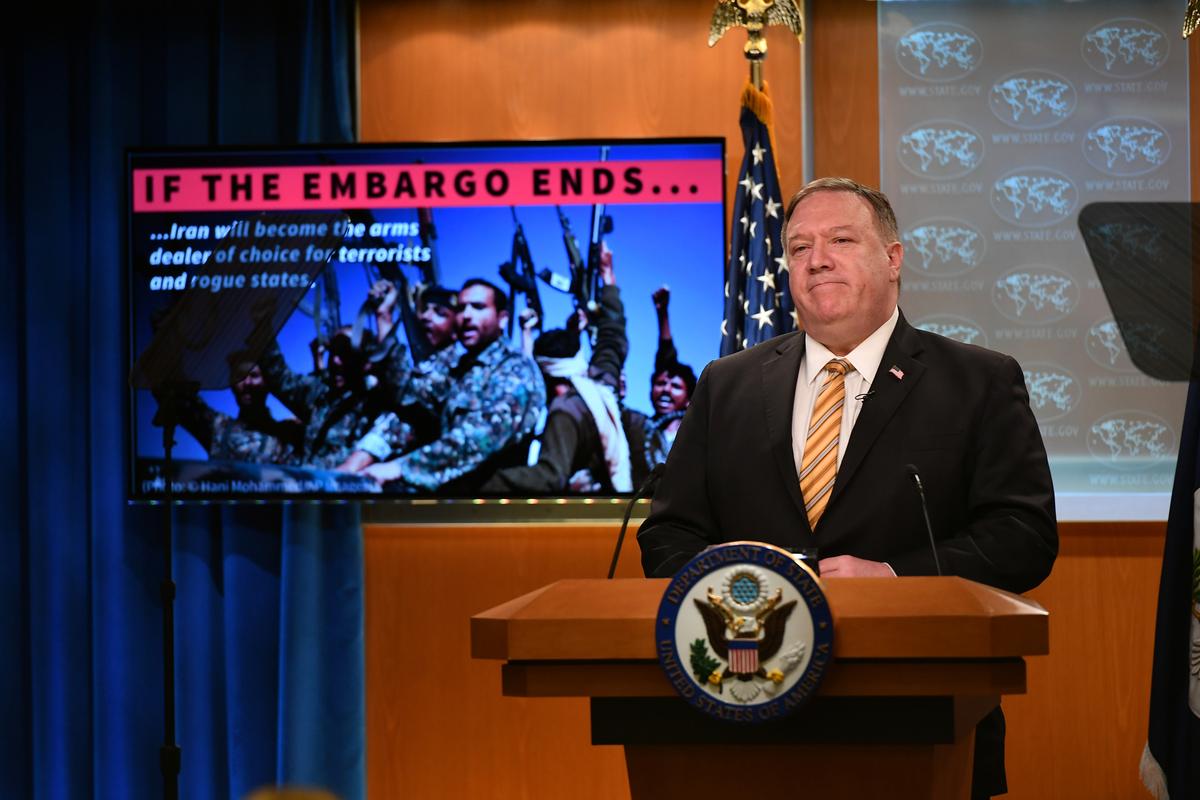 United States Secretary of State Mike Pompeo gives a press conference on the deals with China and Iran, and on the fight against the coronavirus disease pandemic (COVID-19), in Washington, USA. USA, June 24, 2020. Mangel Ngan / Pool via REUTERS

At a press conference at the State Department, Pompeo said the ships delivered about 1.5 million barrels of Iranian gasoline and related components, and warned sailors not to do business with the government of Venezuelan President Nicolás Maduro. , whose overthrow Washington wants.

“As a result of today’s sanctions, the assets of these captains will be blocked. Their careers and prospects will suffer with this designation, “Pompeo said in a later statement. “Sailors who are considering working with Iran and Venezuela should understand that helping these oppressive regimes is simply not worth the risk,” he said.

The Trump administration, which seeks to both block Iran’s energy trade and bring down Maduro, has threatened retaliation and has warned ports, shipping companies and insurers not to supply the tankers.

OPEC members’ exports are near their lowest levels in more than 70 years and the economy has collapsed, but Maduro has clung to the frustration of the administration of the President of the United States, Donald Trump.

Iran has sent five tankers totaling about 1.5 million barrels since April to the fuel-starved leftist government of Venezuela, although the shipments have done little to ease long lines at service stations.