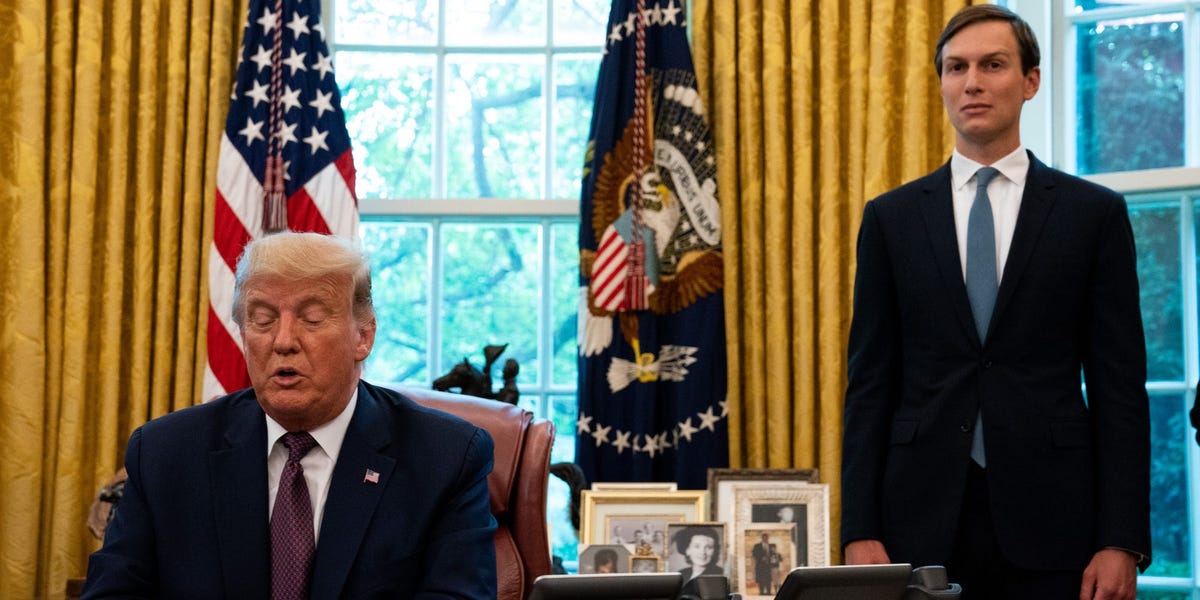 During the outbreak, President Donald Trump lashed out at his son-in-law, Jared Kushner, for testing and wearing a mask, according to a New York Times report.

According to the Times, during a meeting of top aides at the Oval Office on Aug. 19, Trump was outraged by the increasing testing of COVID-19 in the U.S., which he blamed for the number of cases. “You’re killing me! That’s the whole point! We’ve got all the bad cases,” Trump told Kushner, according to the report.

Trump continued, telling Kushner, “I want to do it. Mexico wants to do what it does. They don’t test you until you get into the emergency room and you’re vomiting.”

The report alleges that Trump saw the test as “a way to show off by increasing the number of known cases.”

According to the report, Trump also attacked Kushner over the test while preparing for the debate.

“I will lose,” Trump said, according to the Times. “And it will be your fault because of the test.”

The White House did not immediately respond to a request for comment. A White House spokesman said in a statement to the Times that talks with Kushner had “never taken place.”