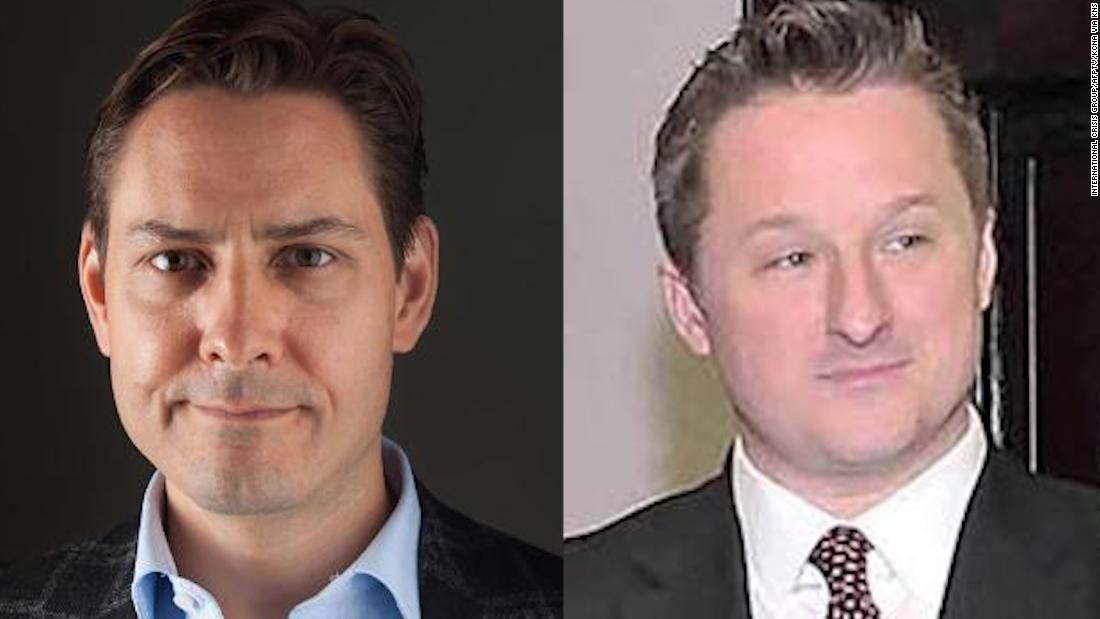 Trudeau spoke days after Michael Kovrig and Michael Spavor were officially charged with spying on and handling state secrets. The two men were first detained in late 2018 in the weeks following the arrest in Vancouver of Meng Wanzhou, chief financial officer of Chinese tech company Huawei, on charges filed in the United States.

“It has been obvious from the beginning that this was a political decision made by the Chinese government and we regret it,” Trudeau told reporters in Ottawa, adding that “we are not considering” any exchange of the two men with the arrested Huawei executive. . Meng Wanzhou.

“Anyone considering weakening our values ​​or weakening the independence of our justice system does not understand the importance of our values,” he added.

His comments come after Chinese Foreign Ministry spokesman Zhao Lijian criticized both Canada and the United States for their comments on the case. At a regular press conference this week, Zhao said “Chinese judicial bodies handle cases independently and guarantee the legal rights of Canadian citizens in accordance with the law.”

“We urge the Canadian leader to respect China’s rule of law and judicial sovereignty, and to stop making irresponsible comments,” he added.

Chinese authorities have not released any evidence against the two men or information detailing their alleged crimes, but have said that “the facts are clear and the evidence is solid.”

Pressure is mounting in Canada for the Trudeau government to do something about the “two Michaels” case as it is known there.

On Tuesday, the CBC interviewed several legal experts who agreed that Trudeau could intervene in the Meng case if he wished, although the Prime Minister previously said this would undermine judicial independence.

“The question is not whether the (Canadian government) can, but whether they should,” Toronto-based lawyer Brian Greenspan told the station. “The minister has the right to withdraw the authority to proceed and end the extradition process, and it is entirely at the discretion of the justice minister.”

A person familiar with the situation told CNN last year that Canadian diplomatic efforts so far have focused on trying to resolve what remains a complex political mess.

There is a bigger geopolitical game going on between China and the United States, in which Canada is somewhat caught in the middle, the person added, and it is the two Canadians who are paying the price.

Former Canadian Deputy Prime Minister John Manley, who served under Liberal Prime Minister Jean Chretien in the early 2000s, previously said he would recommend a “prisoner exchange, however rude it may seem.”

“These young people are in prison in very difficult conditions for one reason only: the actions of the Canadian government and the Canadian government should do anything to free them,” he added. “What I fear most is … The United States enters into a trade agreement with China. And withdraws the extradition request. Madame Meng is released immediately. Then we have no influence and they will make us wait, and we can wait years. See those two young people go home. “

Speaking to the Canadian Globe and Mail on Monday, Bennett Kovrig, the father of one of the detained men, said that “not acting now amounts to historical treason.”

“China has long hinted that it was only interested in Meng’s repatriation and that it would reciprocate immediately by releasing the two Michaels,” said Bennett Kovrig. “Trudeau continues to repeat that he will not seek such an agreement. However, there is no alternative.”

Earlier this week, the newspaper published a series of letters Kovrig sent to his wife, Vina Nadjibulla.

Although moving and thoughtful, Kovrig’s letters, censored and controlled by the Chinese authorities, offer little detail about his circumstances. Consular visits have been stopped since January due to the coronavirus pandemic.

“If there is a slight glimmer of hope in this hell, it is this: trauma carved caverns of psychological pain in my mind,” Kovrig wrote in a letter. “As I strive to heal and recover, I find myself filling those chasms with a love for you and for life that is vast, deep, and deeper and comforting than I have ever experienced before.”