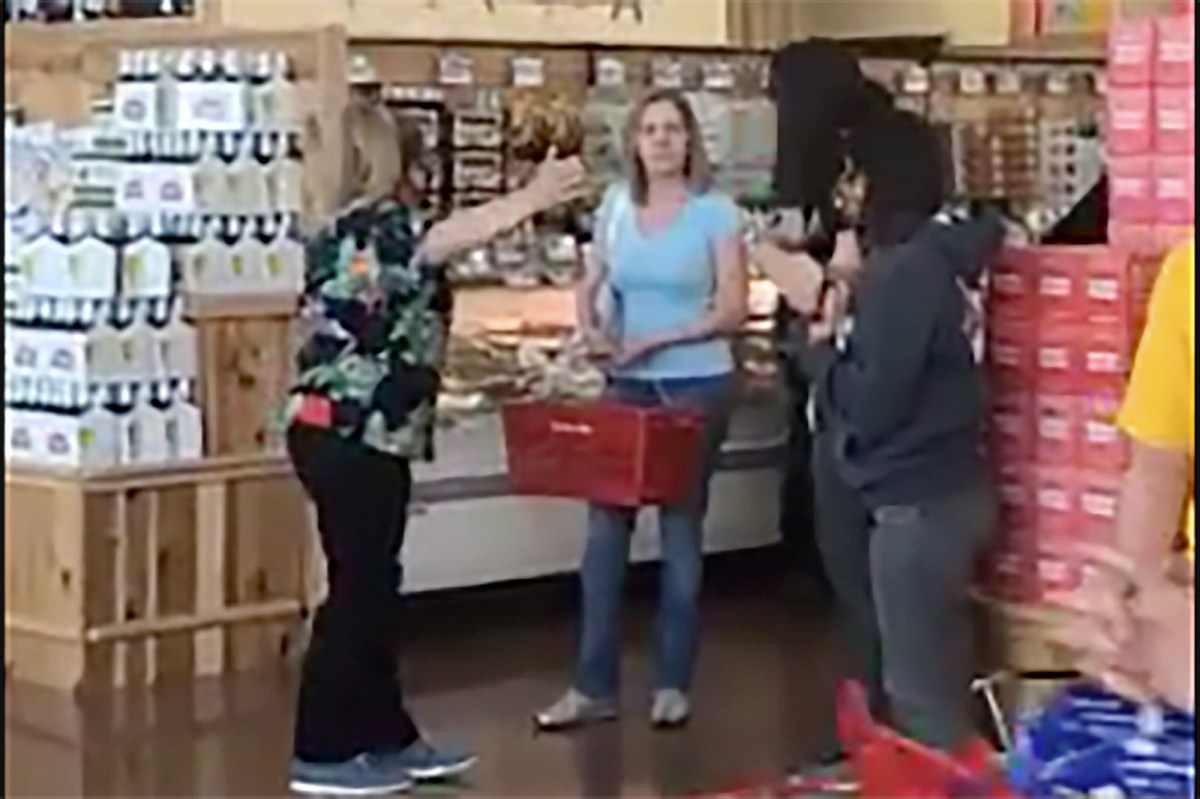 A Trader Joe’s buyer who was kicked out of a store in North Hollywood, CA for not wearing a mask yelled at employees, calling them “Democratic pigs.”

The popular supermarket chain opened a huge 16,000-square-foot store on 6150 Laurel Canyon Boulevard on Friday, but the grand opening soured when the woman claimed she was “harassed” by both workers and buyers because she refused to cover her face, Newsweek reported.

Cell phone videos taken by other customers show the Los Angeles-area woman throwing her shopping basket, yelling at store employees, and saying that her doctor will not allow her to wear a mask to protect herself and others from the infection.

A Twitter user, D Giles, refers to the woman as “Karen from the San Fernando Valley,” and quotes her as saying “Fk you” to buyers who confront her.

“That man harassed me for not wearing a mask,” the woman tells other buyers who recorded the incident. “I have a respiratory problem, my doctor won’t let me wear a mask. So if someone harasses me to wear a mask, you are violating federal law. Did you get it Put that on the camera.

The woman was finally escorted from the store. At one point in the video, she could be seen hitting her plastic basket on the ground and furiously shaking store employees.

“Although it may be inconvenient for some, you can still breathe,” Hall concludes.