Tom Cotton: ‘mob violence’ against historic sites must be met with arrests and prosecutions 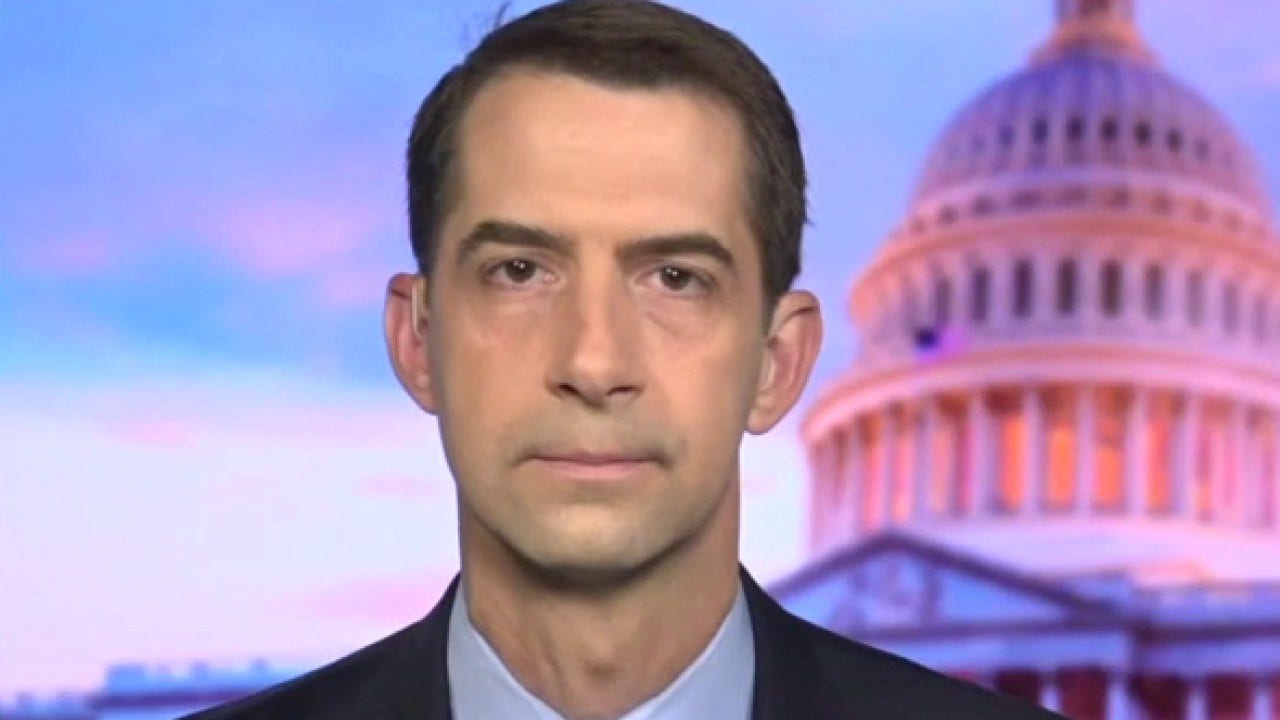 Senator Tom Cotton said Wednesday that there must be legal consequences for “mob violence” against historic statues in the United States.

“There could be no violation of the clearest, most open and closed law, called the Veterans Memorial Preservation Act. That law makes it a federal crime, punishable by up to 10 years, to disfigure or demolish or attempt to demolish a statue commemorating someone’s military service on federal property, “Arkansas Republican lawmaker told” Fox & Friends. “

President Trump used much of his speech in Arizona on Tuesday night to mock his liberal opponents and criticize his rhetoric amid weeks of protests against police brutality and racial injustice.

Speaking at a “Students for Trump” event inside a Phoenix church, Trump criticized “left’s oppressive ideology” and criticized calls to remove statues and monuments of controversial historical figures.

Trump added: “If you empower people who tear down monuments … then nothing is certain.”

Andrew Jackson, who has faced anger today for his harsh treatment of Native Americans, was the latest historical figure in the sights of protesters demanding that the monuments and memorials of those with racist pasts be torn down. . Reuters reported that while protesters were unable to tear down the Jackson statue, it was defaced on Monday night with a “murderous scum” written on the pedestal.

Cotton said the disfigurers of the Andrew Jackson memorial were videotaped committing a crime and posted on social media.

“The Department of Justice and the FBI should investigate, arrest, and prosecute them to the fullest extent of the law. There have to be legal consequences for this mob violence. Otherwise it will only get worse with each passing day, ”Cotton said, adding that” mafia watchers hate the United States. “