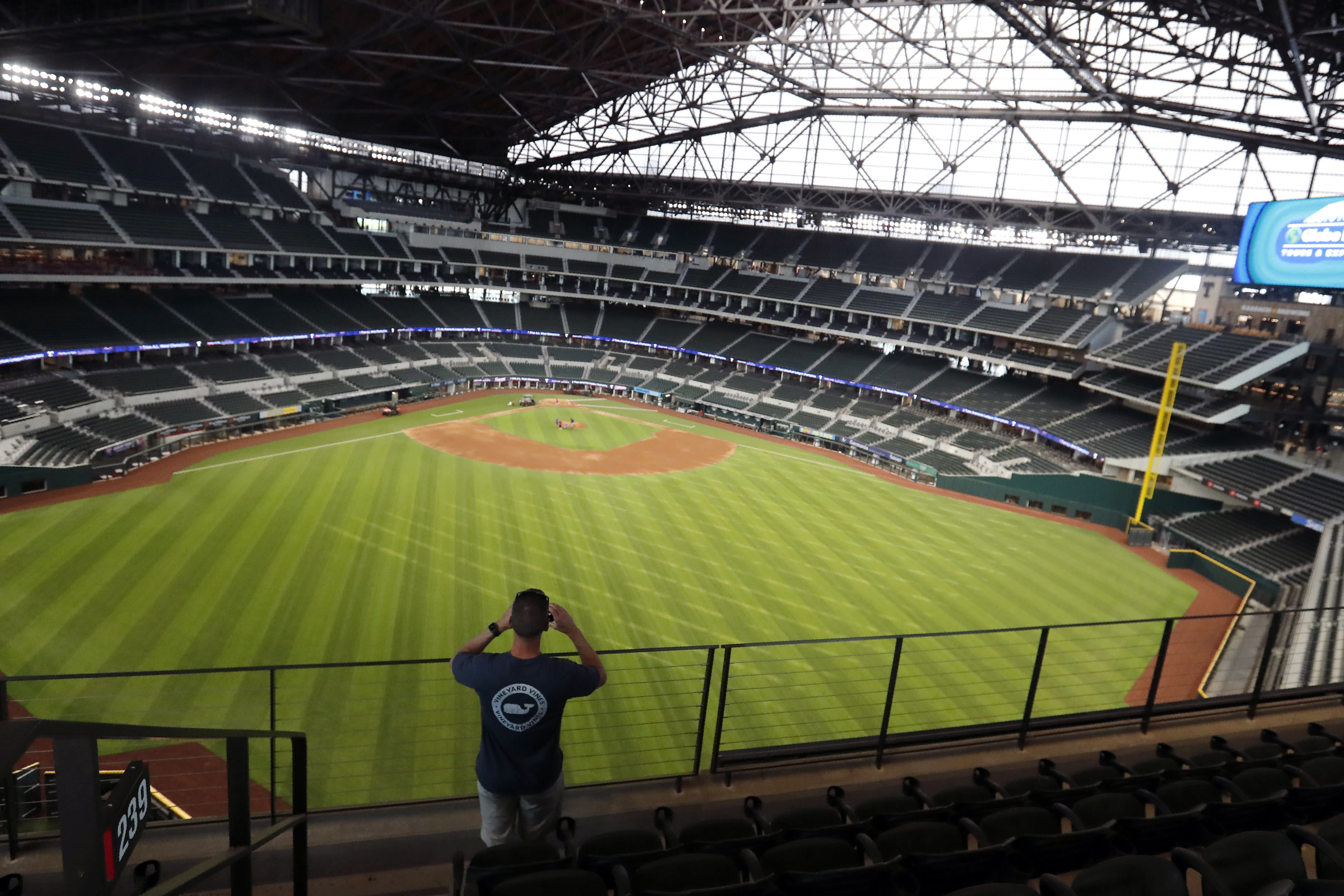 The Texas Rangers have a new stadium.

It looks like a roasting pan. One of those disposable aluminum pans that you buy for a Thanksgiving turkey. Except it’s the other way around.

The Rangers released an exaggerated video for Globe Life Field on Tuesday. Be sure to turn it “up”.

As you can see here, reality did not live up to the artist’s representation.

Most of these speak for themselves.

Holy cow, is this ugly? It looks like a road salt warehouse. pic.twitter.com/bCGPH1Z2co

Say what you want about the design, but if there is ever a nuclear disaster in the field, they can immediately contain it pic.twitter.com/dybRBK8Nmv

Sometimes Twitter is a good place. This is one of those moments.