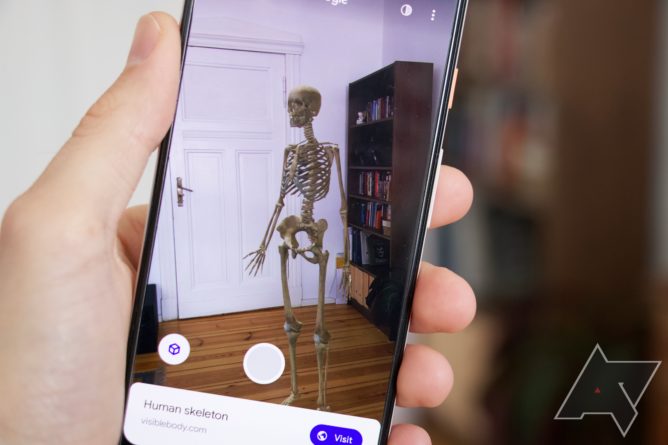 On many Android devices, Google Search lets you view tons of 3D models like animals, pets, skeletons, cells, Neil Armstrong’s spacesuit, and more. At the touch of a button, you can move these objects into your home and view them as if they were in your camera’s viewfinder. It is even possible to take photos and record videos. The list of compatible phones is constantly expanding: devices like the Sony Xperia 1 II, the Poco X2, the Xiaomi Redmi K30 and the Samsung Galaxy Tab S6 Lite made the cut when we checked in in early June, and now some are popping up Plus, including the flagship Galaxy S20 series.

What’s a reputable phone like that doing that only hits Google’s ARCore list now? That’s far from unusual with the way Google manages the document, and similarly, the S10 family only showed up after launch last year.

In addition to the list being updated, Google is also expanding it to report compatibility with the new Depth API, which is our other great ARCore news of the day.

Here’s the full list of new devices added in June. Our most recent additions are bold:

If you own one of these, you should already be able to use the ARCore features. The functionality comes as part of Google Play Services for AR, which should automatically be installed on your phone as soon as it is officially supported.