The FBI says the rope had been in Talladega’s garage since last fall; Bubba Wallace is not a victim of hate crimes 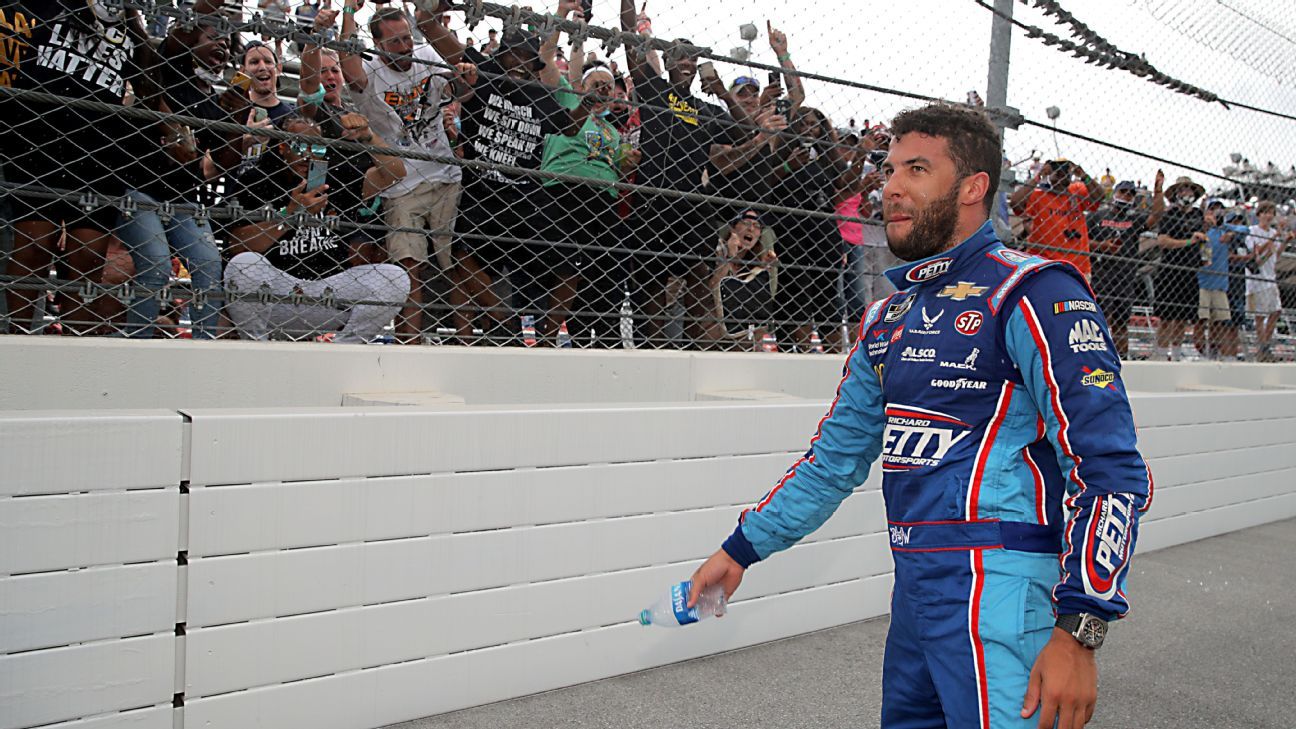 The FBI determined that NASCAR driver Bubba Wallace was not a victim of a hate crime and that a rope-shaped lanyard had been at a garage door in Talladega Superspeedway since last fall, NASCAR said Tuesday.

“The FBI report concludes, and photographic evidence confirms, that the garage door cord designed as a rope had been placed there since last fall,” NASCAR said in its statement. “This was obviously long before the arrival of the 43rd team and the garage assignment.

“We appreciate the FBI’s prompt and thorough investigation and are grateful to know that this was not an intentional and racist act against Bubba. We remain steadfast in our commitment to provide a welcoming and inclusive environment for all who love racing.”

No charges will be filed, the FBI said.

US Attorney Jay Town and FBI Special Agent Johnnie Sharp Jr. said their investigation determined that “although the rope is now known to have been in garage number 4 in 2019, no one could have known that Mr. Wallace would be last assigned to garage number 4. ” week.”

A member of the Richard Petty Motorsports crew discovered the knot on Sunday at the Alabama race track. NASCAR was alerted and contacted the FBI, which sent 15 officers to the track to investigate.

The agencies said no crime was committed and the evidence did not support the federal charges.

Two weeks ago, Wallace, who is the only black driver for NASCAR, successfully lobbied the auto racing series to ban the Confederate flag on its tracks and facilities.

On Monday, the other 39 drivers and their crews joined Wallace in a pit road march as they pushed their No. 43 to the front of the line in the moments leading up to the race. When the group reached the front line on Monday, Wallace got out of his car and cried.

“This sport is changing,” Wallace said after the race. “The pre-race deal was probably one of the most difficult things I’ve ever had to witness in my life. Of all the fans, from the drivers to the crew members, everyone here, the tough fan base, thanks to everyone to come. This is really amazing, and I’m glad to be a part of this sport. ”