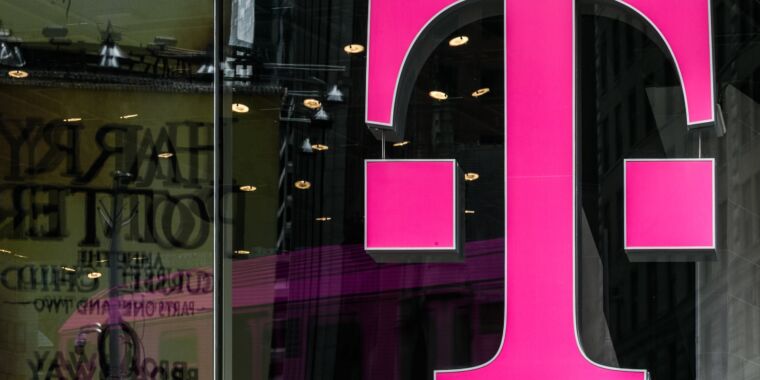 T-Mobile is already trying to break out of the merger conditions imposed by state regulators in California less than three months after completing its acquisition of Sprint.

T-Mobile yesterday filed a petition with the California Public Utilities Commission (CPUC), asking the agency to grant an additional two years to meet 5G development requirements and remove the requirement to add 1,000 new employees. T-Mobile, which had accepted other federally imposed conditions, completed the Sprint merger on April 1 without waiting for approval from California. T-Mobile claimed that the state has no jurisdiction over wireless transactions. CPUC, which it says has jurisdiction, imposed conditions when it approved the merger on April 16.

T-Mobile’s petition to the CPUC could be the prelude to a lawsuit against California if the operator doesn’t get what it wants. In 5G, T-Mobile’s petition points to a condition requiring 300Mbps average speeds to 93 percent of California by the end of 2024. T-Mobile asked the CPUC for two additional years to comply, saying it should have until the end. 2026. T-Mobile claims date 2024 was an error “because date 2024 was a proxy, used [by T-Mobile] at the beginning of the regulatory approval process in 2018, for the period ending six years after closure (which, of course, occurred in 2020). “Changing the deadline to 2026 would bring the condition” in line with the company’s network model, which includes coverage projections for periods of three and six years from closure, “said T-Mobile.

T-Mobile also asked the CPUC to rely on the Federal Communications Commission’s driving tests to confirm compliance with the network expansion requirements instead of imposing its own test requirements. The CPUC’s plan to do its own test drives “is duplicate and unnecessary, and will inevitably result in regulatory uncertainty and potentially inconsistent test results (raising concerns of federal preference),” T-Mobile wrote.

T-Mobile objected strongly to the hiring status, saying the state order “should be amended to remove T-Mobile’s mandate to increase the number of T-Mobile employees full-time.” T-Mobile said it “took the unprecedented step of voluntarily committing to having at least the same number of T-Mobile employees in California three years after the closing of the transaction that Sprint, Assurance Wireless and T-Mobile had from the closing date of the transaction. ” But the CPUC issued a “mandate that T-Mobile must increase, within three years after the transaction closes, its net full-time jobs in California by thousand more jobs than the current full-time jobs of Sprint, Assurance Wireless and T-Mobile, “the petition said.

“The commission simply does not have the authority to require a wireless service provider to hire a particular number of employees in a given period of time,” T-Mobile wrote. “The legislature never gave him such authority and, prior to the issuance of the decision, the Commission has not attempted to impose such a mandate on any other communications provider in any context.” T-Mobile also said the condition is “particularly burdensome and unwarranted in light of the current COVID-19 crisis.”

The CPUC order aimed at the commission’s authority under state law to impose conditions to ensure that a merger is “in the public interest.” Under that law, the CPUC can consider whether mergers “maintain or improve” the quality of customer service and “the quality of the management of the resulting public company that does business in the state.” The law says mergers should also be “generally beneficial to state and local economies” and “fair and reasonable employees for affected public services, including union and non-union employees.”

T-Mobile could cut jobs and continue to comply with the order as long as it ends with a net profit of 1,000 employees statewide. T-Mobile has already started laying off hundreds of Sprint employees. In April 2019, then-CEO John Legere wrote that across the country, “T-Mobile will have more than 11,000 additional employees on our payroll by 2024 compared to what independent combined companies would have.” T-Mobile currently says it plans to “hire 5,000 new employees over the next year.”