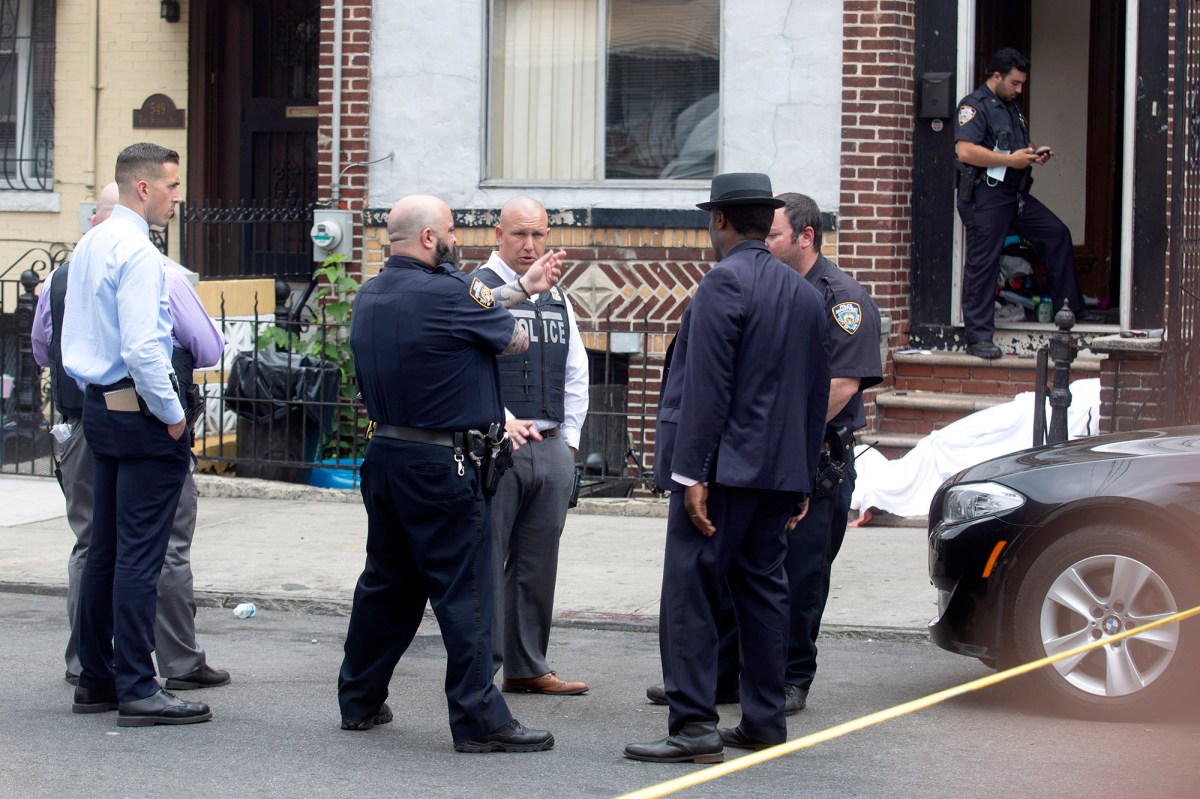 Between 11 p.m. Friday and 1 p.m. Saturday, police recorded 12 shootings in four districts, part of a troubling shooting spike in recent weeks to levels not seen since the 1990s.

A man and woman were shot dead near Livonia and Van Siclen Avenues on Saturday afternoon, apparently by a man armed with a raincoat and a blonde wig, the latest victims of the disturbing trend.

The bloodshed began late Friday, when a person was shot in the head near East 167th Street and Boston Road around 11 p.m. Friday in the Bronx, police said. The 20-year-old victim was taken to Lincoln Hospital in critical condition.

Then a second gunshot victim clung to life after someone opened fire when a fight broke out at a house party near Dewitt Avenue and Avenue D in eastern New York around 3 a.m. on Saturday, the police said. The victim and another injured man were rushed to Brookdale Hospital with gunshot wounds, according to police. A third victim went to the Kings County Hospital Center; All three were in their 20s to 40s, authorities said.

In Canarsie, two 26-year-old men were shot dead around 1 a.m., police said. Police officers found the victims, one with a gunshot wound to the leg and the other with a shot to the buttocks, just outside 9406 Avenue K, along with nine shell shells scattered nearby.

Around the same time that the bullets flew into K Avenue, a man was allegedly shot in Central Park by a drunk stranger who tried to take over his soccer game, according to authorities.