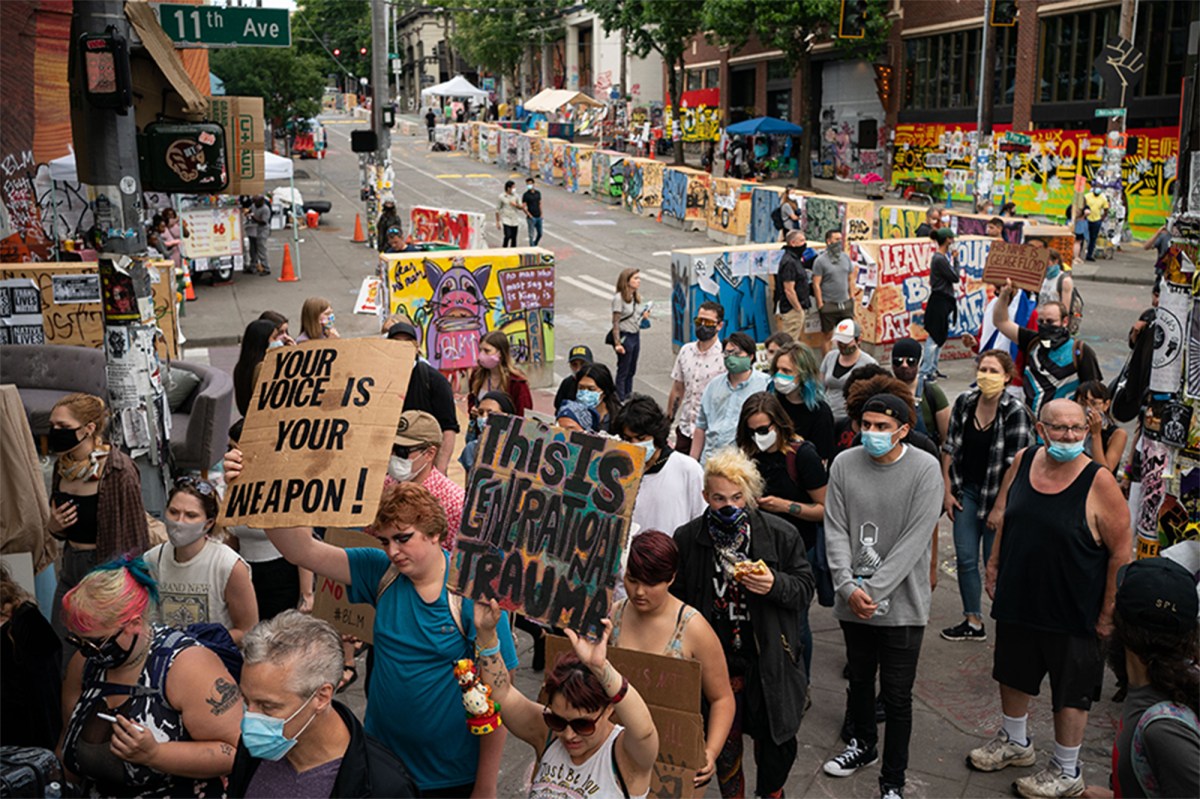 About a dozen companies and residents located in and around Seattle’s autonomous protest zone sued the city on Wednesday, arguing that its constitutional property rights are being violated.

The class action lawsuit claims that the group has had its rights “invaded by the city of Seattle’s unprecedented decision to abandon and close a city neighborhood.”

The so-called Capitol Hill Autonomous Zone, which emerged on June 8, has been “uncontrolled by the police, without fire and emergency health services, and inaccessible to the general public,” the lawsuit said.

While the plaintiffs wanted to restore normalcy in the area, they emphasized in the lawsuit that the legal action was not intended to undermine the anti-police brutality of the Black Lives Matter protest and messages.

The group said in the lawsuit that they have sometimes been threatened by protesters for photographing them or cleaning the graffiti on their properties.

One of the businesses included the suit, the Car Tender auto store said a protester broke into his store on June 14, started a fire, and attacked his son with a knife.

The father-son duo was able to stop the thief, but police did not respond and other protesters forced them to release the attacker, the lawsuit says.

Plaintiffs seek damages for lost businesses, property damage and deprivation of their property rights, as well as restoration of full public access.

On Monday, Seattle Mayor Jenny Durkan said authorities will move to narrow the area after several shootings in the area over the weekend.

Plaintiffs’ attorney Patty Eakes asked Durkan for a deadline on Friday for when the city intends to clean up the area on Wednesday.

If a timeline is not given, Eakes said the group will seek an immediate court order to restore full public access to the area.