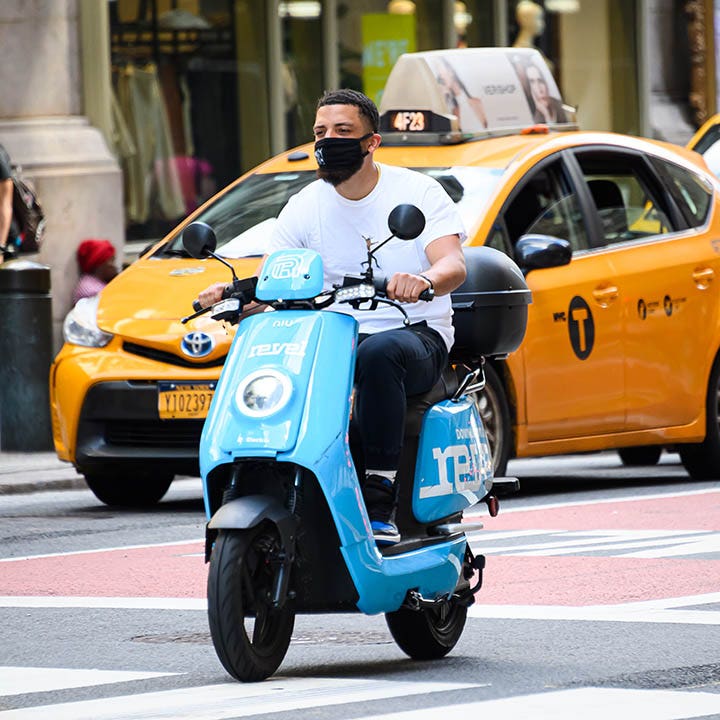 The company released a note on its app Tuesday notifying users of the “temporary shutdown” while reviewing “driver responsibility” and safety measures.

Jeremy Malave, 32, died after crashing into a light pole Tuesday at 3:15 am and suffering a head injury. A helmet was found nearby, but authorities have not determined if he was wearing it, according to the Daily News.

Her death came 10 days after CBS New York reporter Nina Kapur died of head injuries when the Revel she was traveling with strayed and threw her away. Kapur and the scooter operator were not wearing helmets at the time.

US Congressman Adriano Espaillat (DN.Y.) requested the closure of the service after Kapur’s death.

New York Mayor Bill de Blasio said on Twitter that the suspension came after consulting with his office.

Revel electric scooters have a restricted top speed of 30 mph, which qualifies them as mopeds. Anyone over the age of 21 with a valid driver’s license can sign up for a membership, and passengers must be at least 18. Vehicles are left in town in public parking spaces and reserved through an app.

The law requires the use of the helmet in New York and two helmets with disposable linings are stored in a trunk on each scooter. However, it is often seen that riders do not use them.

This story has been updated with comments from Mayor de Blasio and previously removed a quote incorrectly attributed to his Twitter account.