Scientists say 1,000-year-old medieval remedy could be a potential antibiotic 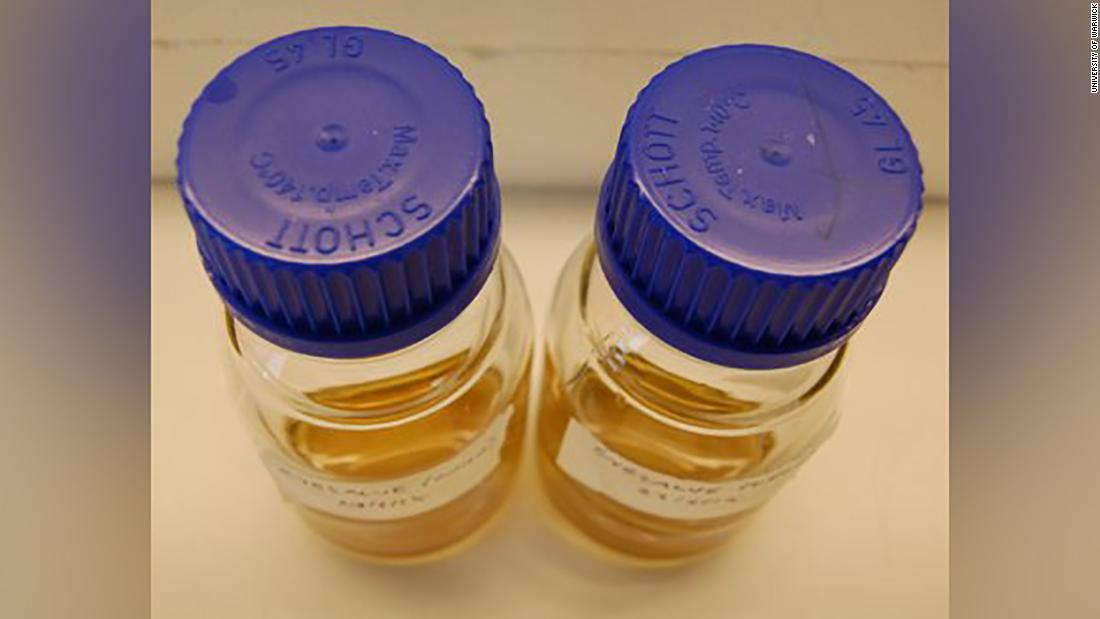 With drug resistance Expected to result in 10 million deaths a year by 2050, scientists are looking for alternatives to antibiotics.

A team of UK researchers has found some hope in an unexpected place: a medieval manuscript.

Known as Bald’s eye drops, the treatment has the potential to fight biofilm infections, communities of bacteria that resist antibiotics, making them much more difficult to treat, the researchers said.

Biofilm infections are estimated to cost the UK more than a billion pounds ($ 1.3 billion) each year, according to the study.

The medieval concoction was first identified as a potential aid in the battle against superbugs in 2015, and the latest study from the journal Scientific Reports has shed more light on how it works and how it might be applied in practice.

“This is the really detailed hard work of finding out more information and seeing if it could really become clinically useful,” said Freya Harrison, a microbiologist at the UK University of Warwick School of Life Sciences and author. from The Study.

“We believe it is particularly promising for the treatment of diabetic foot infections. They are the latest super resistant biofilm infection. They are a huge economic and health burden. They really can become intractable,” he said.

“There is a high risk that these diabetic foot ulcers are completely resistant to any antibiotic treatment. Then there is a risk that a person will develop sepsis … and people will end up amputating their foot or leg.”

The brew was among the prescriptions for medicines, ointments, and treatments in “Bald’s Leechbook,” an Old English bound book found in the British Library. It is one of the earliest known medical texts.

“When you read it as a microbiologist, you think it has to do something because every ingredient in it has some antibacterial activity when you test it in a test tube. It seemed sensible,” said Harrison.

“It is also clearly directed at a bacterial infection from the description of symptoms in the book.”

They made the mix using garlic and onions bought from ordinary supermarkets or greengrocers, while the wine was English white. The bile salts come from the stomach of a cow.

The research project came about by chance after Harrison, who has a passion for medieval history and enjoys historical re-enactment, learned of the book. He teamed up with former colleague Christina Lee, an Old English specialist at the University of Nottingham, where Harrison used to work.

“To be honest, we didn’t go into this thinking that in five years’ time it would be something we would have translation funds for. We thought it would be just an interesting piece of microbiology.”

Combining historical books for new cures is not as unusual as you might think. Artemisinin, the anti-malaria drug derived from the wormwood plant, was discovered by a Chinese researcher, Tu Youyou, after she traced ancient Chinese texts.

Interestingly, Harrison said that “Bald’s Leechbook” also contained a remedy for malaria using wormwood, which was endemic in parts of England in the early medieval period.

“All that time essentially the same remedy was sitting in an English medieval text, but no one had taken it seriously,” he said.

Antibiotics underpin modern medicine, and if they lose their effectiveness, medical procedures like surgery and chemotherapy could become too dangerous.

There are many different avenues for new antibiotics and alternative treatments, scientists say. Targets include everyday substances like honey and vinegar, but also darker sources like the blood of Komodo dragons. Other approaches use viruses to attack bacteria that have outperformed sophisticated antibiotics.

One of the key findings of the study was that it was the mixture of natural products, rather than a single compound, that gave Bald’s eye drops its “potent anti-biofilm activity.”

The team has also been testing the safety of the mix and preliminary research expected to be released soon shows it “has a promising safety profile,” said Harrison. The next step would be to chemically characterize the mixture and start patch tests on human skin, but the coronavirus pandemic delayed the last one.

Harrison said the nature of the investigation of a combination of ingredients, rather than a single plant or compound, could make the regulatory approval and development process take longer.

“In the next year we hope to have an idea of ​​chemistry, a better idea of ​​safety, and then it would be a case to say that it is really effective, but I am sure you know this work takes a long time,” said Harrison.

“It is important to recognize that the most exciting-looking potential antimicrobials ultimately do not translate into a product. Therefore, we must be very realistic and do detailed work to see if it will be useful.”