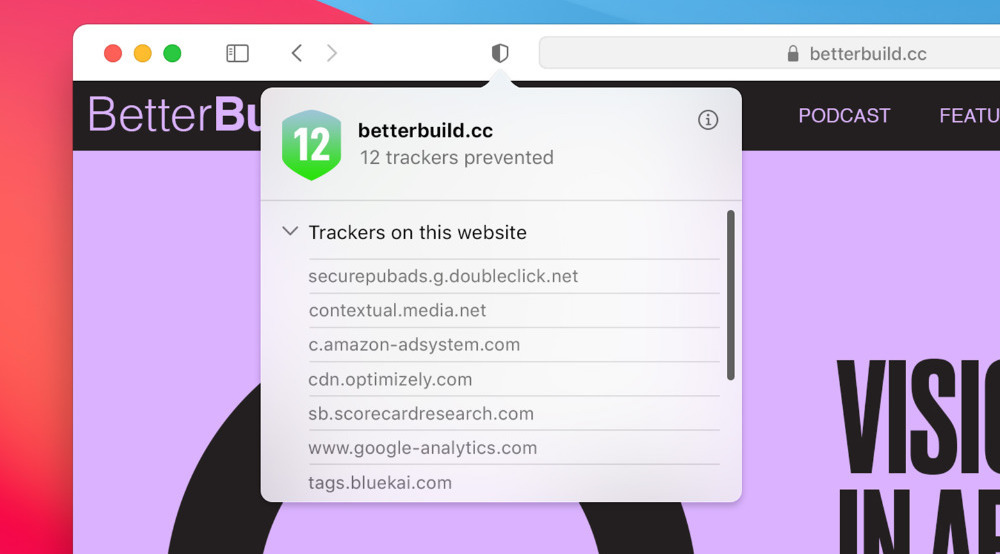 In its inaugural WWDC 2020 speech on Monday, Apple announced a set of new privacy features in the macOS Big Sur version of Safari that included a new Privacy Report that shows which crawlers are blocked on a site.

It’s unclear if something in Safari for macOS Big Sur is specifically blocking Google Analytics, or if the new Privacy Report only shows that it has. The features of Apple’s macOS page do not offer any clarity.

Google Analytics is one of the most popular web analytics and tracking services used by millions of popular websites.

The Google Analytics Privacy Report and Blocking are just two parts of Apple’s broader push for privacy. According to a December 2019 report, Apple’s Safari Smart Tracking Prevention feature has resulted in a 60% decrease in the price of specific Safari ads.