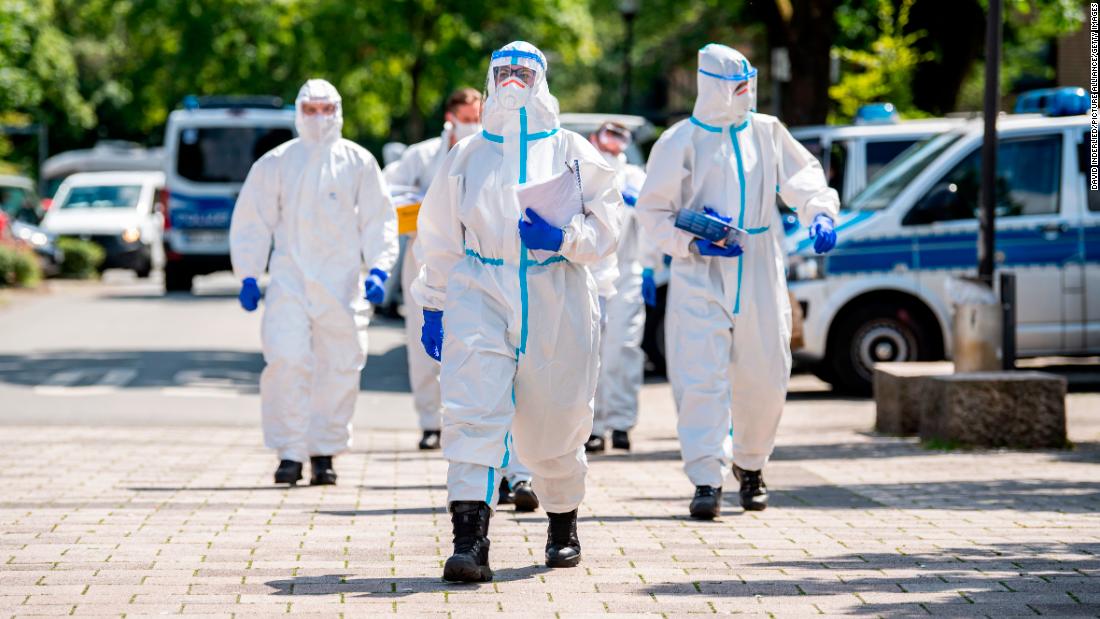 The value indicates how much the virus is spreading in the country. A reproduction rate of 1 means that each person with coronavirus will infect an average of another person.

Data released by the Robert Koch Institute puts Germany’s R number at 2.88. Chancellor Angela Merkel has repeatedly said that Germany needs to keep the number below 1 for the country to successfully combat the virus.

In May, Germany’s R number had dropped to 0.75. The Robert Koch Institute has linked its increase after a local coronavirus outbreak at a meat processing plant in the city of Gutersloh.

Authorities in Gutersloh announced Sunday that they had recorded 1,331 positive cases at the Toennies meat processing factory.

“Since the numbers of cases in Germany are generally low, these local outbreaks have a relatively strong influence on the value of the breeding number,” RKI said on Sunday.

Germany has recorded 191,657 total coronavirus cases and 8,897 deaths, according to Johns Hopkins University.

This month’s outbreak has put Germany’s meat processing industry under increased scrutiny. Outbreaks in plants were reported in May in Dissen in Lower Saxony and Coesfeld in North Rhine-Westphalia.