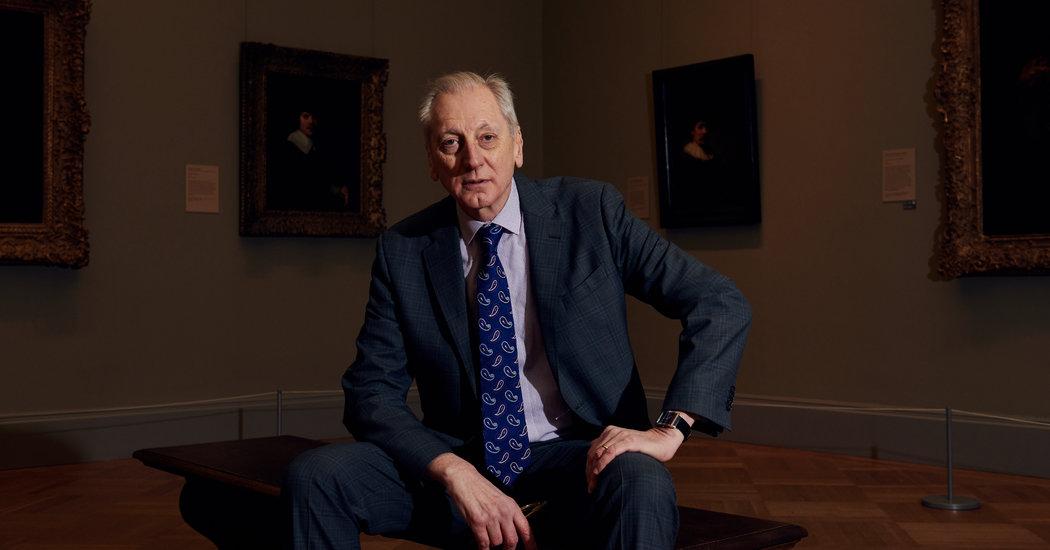 The turmoil running through cultural institutions across the country on the issue of race has reached the largest museum of all: the Metropolitan Museum of Art.

An Instagram post by the chief curator who seemed critical of protests over the monuments and Black Lives Matters movement, shared on June 16, has sparked objections from staff members and larger internal criticism. On Tuesday, 15 Met staff members sent a letter urging museum leaders to recognize “what we see as the expression of a deep-seated logic of white supremacy and the culture of systemic racism at our institution.”

The incident is just the latest example of how arts institutions are grappling with issues of equity and diversity amid protests over the murder of George Floyd and an intensified Black Lives Matter movement.

On Sunday, the American Museum of Natural History in New York announced that its equestrian statue of Theodore Roosevelt would be removed as it symbolized a painful legacy of colonial expansion and racial discrimination.

On Monday, the curatorial department of the Guggenheim Museum described in a letter a work culture of “racism” and “white supremacy.” On Tuesday, current and former employees accused the San Francisco Museum of Modern Art of “racist censorship” and “discrimination.”

And last Friday, the director of the Cleveland Museum of Contemporary Art for 23 years, Jill Snyder, resigned after apologizing to artist Shaun Leonardo for canceling her exhibition on police killings of black and Latino men and boys.

Now, employees of the Met Museum are sounding their own alarm, sparked by a personal Instagram post on Friday by the museum’s powerful president of European paintings, Keith Christiansen, who has worked at the Met since 1977.

Beneath an ink and pen image of the French archaeologist Alexandre Lenoir, who set out to save France’s historical monuments from the ravages of the French Revolution, Mr. Christiansen wrote: “Alexandre Lenoir fighting against revolutionary fanatics bent on destroying the royal tombs in Saint Denis How many great works of art have been lost out of the desire to get rid of a past that we do not approve of.

“And how grateful we are to people like Lenoir,” continued Mr. Christiansen, “who realized that his value, both artistic and historical, extended beyond a watershed moment of turmoil and social and political change.” While Mr. Christiansen seemed to be advocating the preservation of monuments, he also seemed callous and deaf.

The post was criticized in a tweet by the arts workers advocacy group, Art + Museum Transparency: “Dear @metmuseum, one of your most powerful curators suggested that it is a shame that we are trying to get rid of a past that we don’t approve of ‘removing monuments and, worse, making a dog whistle a #BLM activist equation with’ revolutionary fanatics’. This is not OK “.

When asked to respond to the uproar over the publication on Wednesday, Max Hollein, director of the Met, said in a statement to The Times: “There is no doubt that the Met and its development are also connected with a logic of what is defines as white. ” supremacy. Our continued efforts to not only diversify our collection but also our programs, narratives, contexts, and staff will be further accelerated and will benefit with urgency and impact from now on. “

A day earlier, he had apologized directly to the European painting department in an email, calling the Instagram post “not only inappropriate and wrong in his judgment, but simply wrong.”

“Keith is a very valuable member of our community and while this post was on Keith’s personal Instagram account, it certainly is also part of our institutional conversation and we need to reflect on that,” added Hollein.

It was Mr. Hollein’s second apology this month; He also relayed one to artist Glenn Ligon, about the Met’s use of one of his works in a social media post, at the start of protests over the murder of George Floyd. Mr. Ligon said on Instagram: “I know it’s #nationalreachouttoblackfolksweek, but could you please stop … Or ask me first?”

On June 12, Mr. Hollein and Daniel H. Weiss, the museum’s president and CEO, emailed staff who discussed how “we are moving the museum forward in our work to address issues of diversity and racism within our institution. “

The measures included convening a series of discussions on racial justice; with the aim of better diversifying the personnel; hire a diversity director; institute mandatory anti-racism training; and declaring June 24 as a day of reflection of the museum. His email also added: “We will continue to explore representation and diversity issues through our programming.”

On Tuesday, Mr. Christiansen, who declined to be interviewed, issued his own apology in an email to all staff.

“I will make no excuses except to say that I had one thing in mind and lacked the conscience to reflect on how my post could go in a very different direction, on a very important day … and would cause more harm to those experiencing so much pain. right now, “he wrote. “I want to be clear from my point of view that the monuments of those who promoted racist ideologies and systems should never be glorified or in a place where they can cause more damage.”

Mr. Christiansen continued: “This body has also taught me that we, as members of this institution, are in the position of power to help correct a troublesome history, and we must be aware and allied at all times in this fight. “

But the Instagram post had touched a nerve. A group of staff members at the Met followed up with a letter to Mr. Hollein and Mr. Weiss. “We were all angry that the publication seemed to equate Black Lives Matter protesters with ‘revolutionary fanatics’, a crueler position for its June 16 publication,” said the letter, which was signed by the 15 “co-coordinators of ERG “a reference to the museum’s employee resource groups, a consequence of the Met’s diversity efforts.

Questioning how many other managers could share such views, the letter said: “While we understand that a private Instagram account does not necessarily reflect the views of the institution Christensen works for, our Met, its position of power within about her and the decision – making him affect as department head and chief curator regarding scheduling, staffing, and institutional direction is more important to us. ”

In his response to the authors of the letter, Mr. Weiss acknowledged that “we have advanced too slowly in building an institution that more honestly reflects the communities we serve or that honors our aspirations.”

Citing the further complications of the “toxic and polarizing language of our national political leadership” and the great staff of more than 2,000 Met members, Mr. Weiss added: “Sometimes mistakes will be made, including us.”

Mr. Hollein and Mr. Weiss will meet with the Employee Resource Group on June 30. It remains to be seen if such efforts by the Met, which has just announced that it will reopen on August 29, will calm the waters.

“The way forward will be challenging,” Weiss said in his statement, “but for the first time in many years there is a collective will to build a better community that works for everyone.”