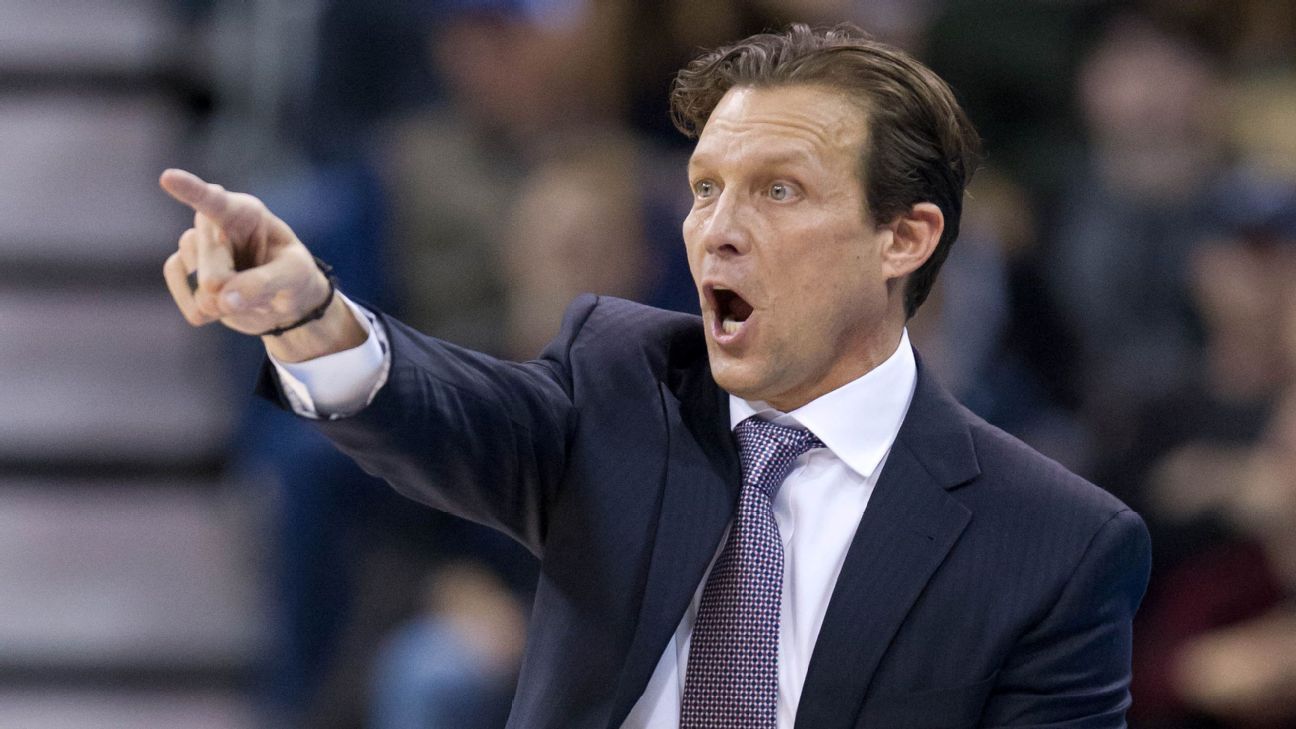 Utah Jazz coach Quin Snyder praised star guard Donovan Mitchell for using his social media platform to lobby for social justice and cited some of the negative comments as proof that significantly more progress must be made.

Mitchell expressed dismay at the racist comments some fans posted in response to his Instagram post of an image that said “free since 1865” in honor of Juneteenth, the holiday that commemorates the effective end of slavery in the United States.

In a tweet hours later, Mitchell questioned how fans could cheer on players but be so openly against their pressure for social justice.

“There were a lot of positive comments about Donovan’s publication,” Snyder said during a video conference Thursday with journalists. That said, there were also some comments that were abhorrent and things that we should all never tolerate.

“To the extent that I can rationalize some of those negative comments by saying there were positive comments, I think it’s a mistake. We all have to be so diligent, because as long as those comments are there, there is work to be done.”

Snyder, who sits on the NBA Coaches Association committee on racial injustice and reform, kept the call’s focus on social justice issues. He said he would speak about basketball at a later date as the planned restart of the NBA season approaches.

Snyder emphasized the need for people to educate themselves on social justice issues. He used the example of participating in the Salt Lake City Juneteenth event, marching with his wife and four young children, and listening to speeches.

“The path from complacency to complicity is a slippery slope,” said Snyder. “I think as we get more and more educated, that complacency diminishes and then it is an opportunity to act.”

Utah is a single NBA marketplace, in part because of its demographics. According to census data, 2.3% of Salt Lake City’s population is African American.

The Jazz franchise has been proactive in recent years in dealing with its fan base’s reputation for being disrespectful to its opponents, particularly black players. The Jazz permanently banned a fan in March 2019, the day after a heated confrontation with Russell Westbrook that the then Oklahoma City Thunder star deemed “completely disrespectful” and “racial.” In a statement, the Jazz stated that “there is no place in our game for personal attacks or disrespect.”

Mitchell strongly endorsed Westbrook in a statement issued the day fans were banned, writing in part that “it was not the first time something like this had happened in our arena,” but had come to know Utah as “welcoming and inclusive “and that the” incident is not indicative of our fan base “as a whole.

With his social media posts last week, Mitchell again essentially challenged the Jazz fan base on issues related to race.

“One of the things that has been talked about a lot is that it’s okay to feel uncomfortable,” Snyder said. “Donovan certainly felt awkward on some level. It takes courage to stand up for what you believe in, and to the extent that it made other people and some of us feel awkward, I think it’s a good thing.”

“In part I think the challenge with this is that we are not on the defensive. The things that are said are not always an accusatory statement. We do not need to be on the defensive about what we hear. We need to process it, try to understand, because in at that point, when we have a better understanding, we can have that dialogue and start to find those ways that we can come together. “