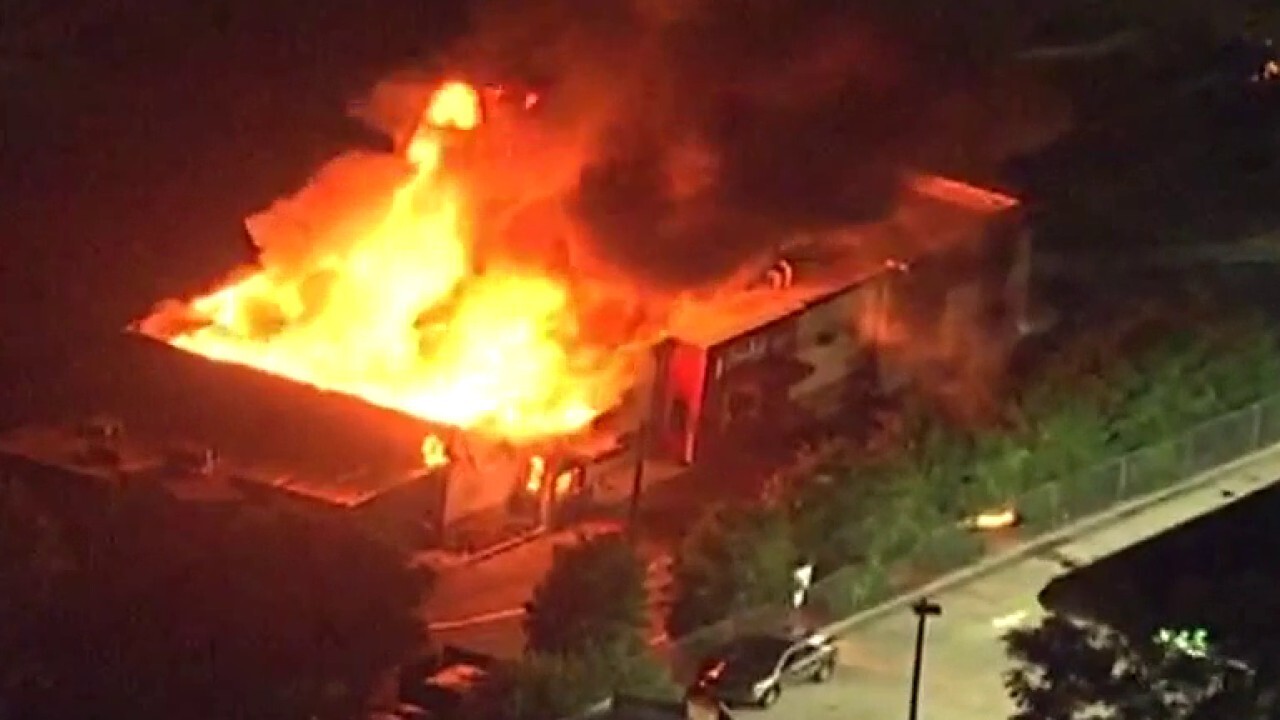 Protesters gathered Tuesday night outside the Fulton County Jail in Atlanta demanding the release of the woman accused of setting fire to Wendy’s restaurant where a police officer killed Rayshard Brooks.

The group, which had grown in size to around 100 by 11 pm, knocked on pots and pans, blew their car horns, held up signs saying Black Lives Matter, and used projectors to light up the words “Dismantle White Supremacy.” and “turn it off”.

On Monday, the Fulton County Sheriff’s Office announced that they were looking for Natalie White in connection with the Wendy fire. By Tuesday night, she had turned herself in and faces first-degree arson charges.

She is scheduled to go before a judge on Wednesday.

White’s attorney, Drew Findling, claims that his client did not start the June 13 fire. There have been rumors that White was Brooks’s girlfriend, something the Brooks family denies. While Findling did not confirm those claims, he said White and Brooks did know each other.

Protesters stationed outside the jail told local reporters that they would remain until White was released.

Brooks was shot in the back twice on June 12 by police officer Garrett Rolfe. Rolfe has been fired and faces 11 charges on his own, including criminal murder. The other officer on the scene, Devin Brosnan, faces three charges, including aggravated assault.

ATLANTA OFFICER CHARGED IN THE RAYSHARD BROOKS CASE: “I HAVE 100 PERCENT FAITH THE TRUTH WILL COME OUT

“We have concluded that at the time Mr. Brooks was shot, he did not pose an imminent threat of serious injury to officers,” Howard said.

In the wake of Brooks’ death, the Atlanta Police Chief resigned, and White, according to authorities, set the Wendy’s on fire.

Brooks’s death came amid turbulent and sometimes violent protests across the country over police brutality and systemic racism following the death of George Floyd, an unarmed black man in Minneapolis who died in police custody.