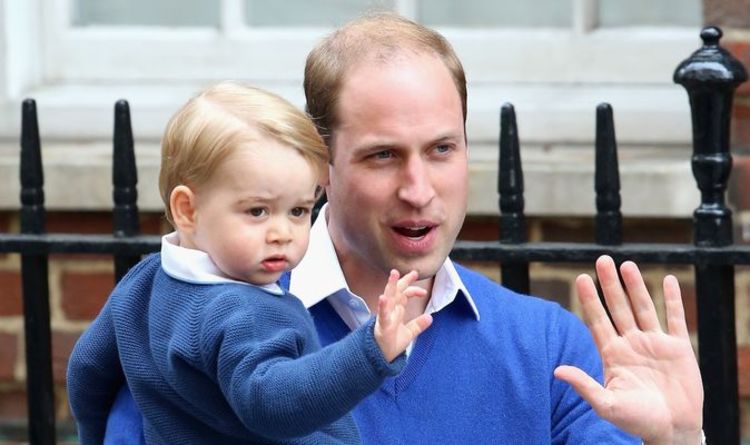 The young royal is said to not care about the fact that he will one day be king, as his parents allow him to grow up in a healthy environment with his brothers. Royal expert and author of William And Harry: Behind the palace walls, Katie Nicholl highlighted the importance of Prince George’s education, not only as a member of the Royal Family, but as the future heiress.

Mrs. Nicholl said: “It is a pleasure to be with George and that depends on his parents.

“They are not raising him to be pampered or to have an inflated sense of his own importance.

“He does not receive special treatment just because he is the future heir.

“They make sure that their three children feel the same and that they are all treated the same way.”

She added: “I think George understands, as William did from a very young age, that he is different from his younger brother and sister and that he will have a different future.

“After all, they take him away to do photo shoots with Her Majesty the Queen, so you should note that it has been pointed out.

“But I don’t think William and Kate did a great thing by saying to George, ‘Someday you will be King.’

“They want to protect him from that moment, so it is an idea that is gradually being presented to him.

READ MORE: Coronavirus row breaks out on the bus as the driver enters a fiery exchange

“They treated him differently than his younger brother. When the boys went to tea with the Queen Mother, William had the first choice of sandwiches or cake. It was about William.

“I think that is why Diana overcompensated in terms of her affection for Harry because she was well aware that he did not receive the same attention as William.”

This experience may also have been reflected in the action of his wife.

The Duchess has previously spoken about the importance of ensuring that children do not feel alone with their mental health.

She said, “Helping children feel safe in seeking support can have a transformative impact on their lives.”