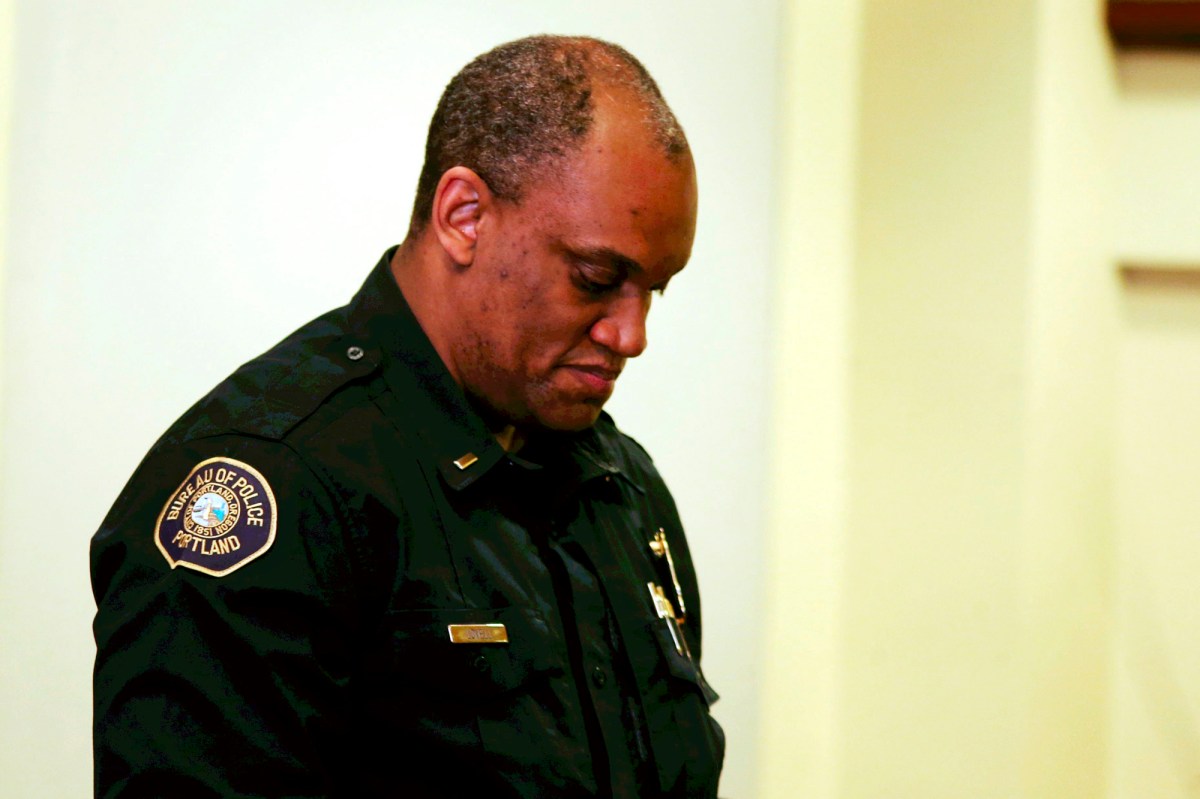 The new police chief, mayor and members of the black community in Portland, Oregon, criticized protesters who set fire to a police compound early Friday morning and destroyed businesses.

They said the rioters were damaging the community and urged them to stop.

Police Chief Chuck Lovell, who is black, called the actions “not just reprehensible, but they are evil.” He emphasized that people were inside the compound when vandals closed the doors after they were unable to get through a garage.

Several hundred protesters set fire to the North Campus building. Police with riot gear used CS gas, a type of tear gas, around 2:15 am to disperse them.

Local black leaders called criminal activity the work of “terrorists,” “criminals,” and the “act of a coward.” They accused the protesters of undermining the Black Lives Movement and damaging black-owned businesses.

A local community activist said the black community will no longer tolerate such destruction in their neighborhoods.

“When I hear that someone is burning something, I think it is an act that has always been used against blacks,” said Ronnie Herndon.

“That is a tactic that has been used to destroy black people, not to help black people. So whoever the insane individual is who did this … you’re not helping us. “