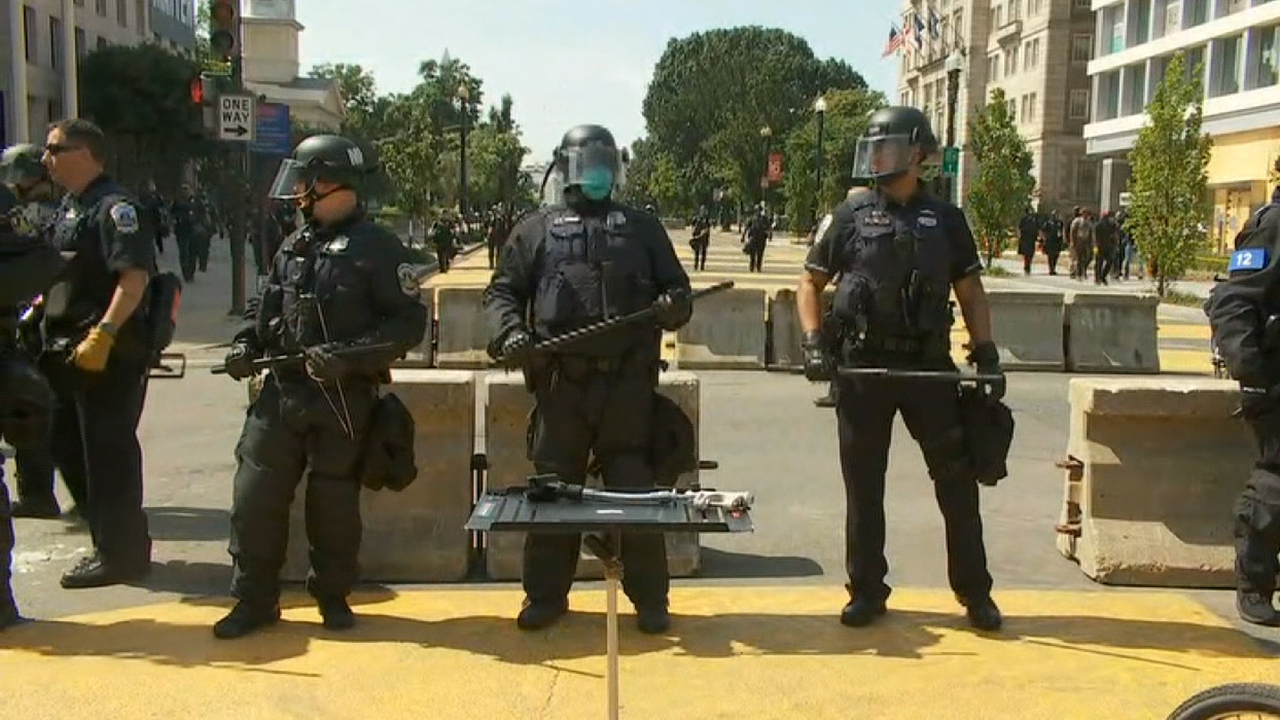 Law enforcement officers cleared protesters on Tuesday from outside the White House after a confrontation the night before, pushing them past a space known as “Black Lives Matter Plaza” in the latest apparent effort to crack down on the steps. of the protests from the president’s residence.

“Defund the Police” street graffiti was also removed from the area on Tuesday.

The night before, protesters attempted to tear down a statue of Andrew Jackson near the White House while trying to create a Seattle-style “autonomous zone”, which they called the “Black House Autonomous Zone.” But police moved protesters on Tuesday and cleared the area near Lafayette Square and the Episcopal Church of San Juan.

Meanwhile, the DC Metropolitan Police Department made two arrests Monday night in connection with the protests in Washington. It is unclear whether the police made arrests on Tuesday morning.

On Tuesday morning, President Trump warned protesters damaging federal property that they could be arrested and jailed. In a Fox News interview, he criticized state leaders for not being so tough on those seeking the destruction of historical monuments.

“Many states are weak. Many people are weak and they are allowing it to happen,” Trump said.

“There will never be an ‘Autonomous Zone’ in Washington, DC, as long as I am its President,” Trump also tweeted Tuesday. “If you try, you will meet serious force!”