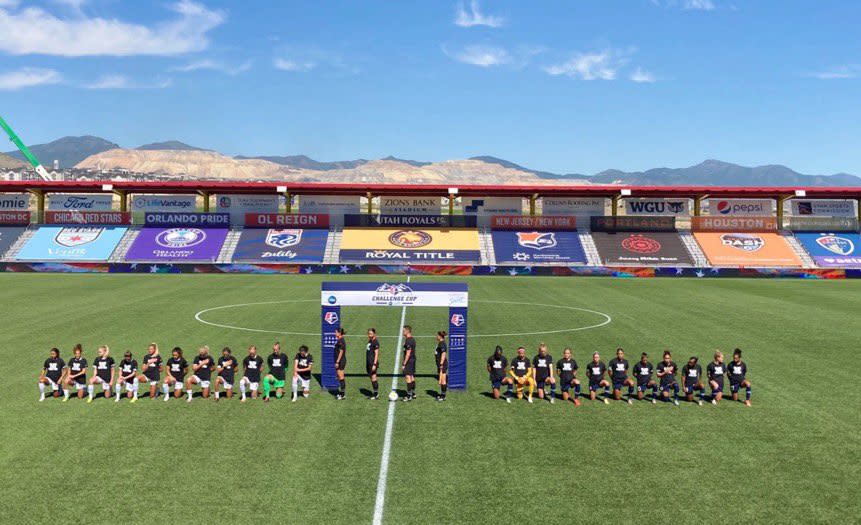 The National Women’s Soccer League became the first team sport in North America to resume play on Saturday with a game between the North Carolina Courage and Portland Thorns, and they used their television debut to make a powerful statement about the racism and equality.

Before the NWSL Challenge Cup opening whistle, all Courage and Thorns players knelt during the national anthem.

Megan Rapinoe, who chose not to participate in the NWSL Challenge Cup, tweeted how proud she was to see her fellow players making an anti-racist statement.

Once the players took the field, the Black Lives Matter shirts were replaced by Black Lives Matter bracelets. Before the game officially started, they maintained a moment of silence in recognition of the lives lost to police brutality and the ongoing fight against systemic racism. The players were in position on the field and knelt again.

Just before the game started, Courage and Thorns released a joint statement.

Saturday is a great day for the NWSL. There are so many eyes in the league, some for the first time. In front of a large audience and greater attention, the players took this opportunity to show everyone their position: against racism and inequality.

The NWSL Challenge Cup game ended with excitement. Courage beat Espinas 2-1, with all three goals coming in the last 20 minutes of the match.