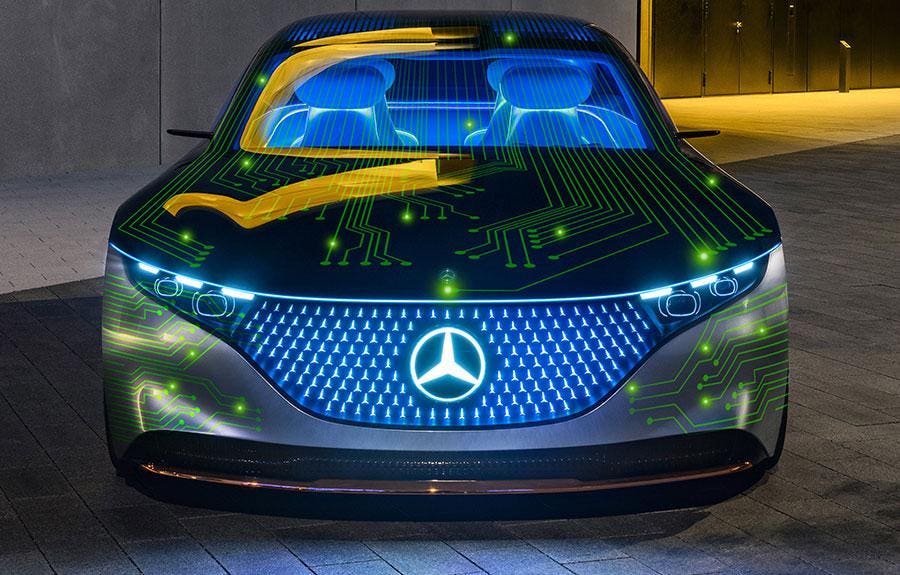 The race for autonomous driving is underway and today NVIDIA and Mercedes-Benz announce an agreement to advance the entire premium vehicle fleet of the German Automaker, with AI-enabled technology powered by NVIDIA’s autonomous vehicle computing platforms. Specifically, Mercedes-Benz will employ NVIDIA’s new DRIVE platform technologies as standard equipment on all vehicles, beginning in 2024. This is clearly a major design victory for NVIDIA, as well as a key strategic move for Mercedes-Benz, And it comes with updateability features that will be critical to both the evolution of the technology itself, as well as the new business models that it will also help enable.

NVIDIA and Mercedes emphasize that this is a “software defined” computing architecture for automated driving. Although Tesla has had the ability to provide new features and capabilities through over-the-air updates to its customers, NVIDIA and Mercedes are emphasizing that this will be a great asset to the platform, with the ability to configure and purchase features and capabilities for the system. , both at the time of purchase and later, since the needs of the driver may change.

“We are excited to be working with Mercedes-Benz. It is the perfect partner for us given its long history of innovation and our strong technical relationship. From our extensive discussions with Ola and his team it is clear that we share a common vision of the car of the future. Together, we are going to revolutionize the car ownership experience by making vehicle software programmable and continuously updateable via over-the-air updates. Every future Mercedes-Benz with the NVIDIA DRIVE system will come with a team of expert AI and software engineers who continually develop, refine, and improve the car throughout its life. “ said Jensen Huang, founder and CEO of NVIDIA.

NVIDIA is also promoting the ability to automate driving regular routes from one direction to another, as well as SAE level 3 automation. Level 3 driving takes over all of the car’s control functions in certain areas and conditions, with vehicles moving in the same direction and without pedestrians, such as highway driving, for example. Drivers are still required to be in the vehicle with Tier 3 automation, though Mercedes has pioneered Driverless Tier 4 full autonomy for parking, which will also be enabled on the new NVIDIA platform. The technology that Mercedes will employ is based on NVIDIA’s next-generation DRIVE platform and its new Orin on-chip system architecture with Ampere automation with GPU acceleration and artificial intelligence technology. NVIDIA will also provide not only a complete software stack, but also a computing power of the cloud data center GPU as a training infrastructure and machine learning inference.

Analyst Opinion: Why This Is a Big Issue for Both NVIDIA and Mercedes-Benz

NVIDIA and Mercedes-Benz also noted that new NVIDIA technologies will allow Mercedes the ability to build cars with a single automation platform, reducing the number of on-board computers to control things like sensors, cameras, and information and entertainment systems, etc. For NVIDIA, this is a great opportunity to win design with one of the leading premium vehicle brands that moves more than 2.3 million vehicles per year. If we do the math, the numbers will mean a massive increase in NVIDIA’s auto business.

For Mercedes-Benz it is also a key partnership that will allow the company to accelerate its efforts to bring autonomous vehicles to market, without having to reinvent the wheel, so to speak, by designing an automation platform. In short, NVIDIA’s new DRIVE platform will put Mercedes-Benz in a much-needed gear in the race for autonomous driving, chasing Tesla and many others.