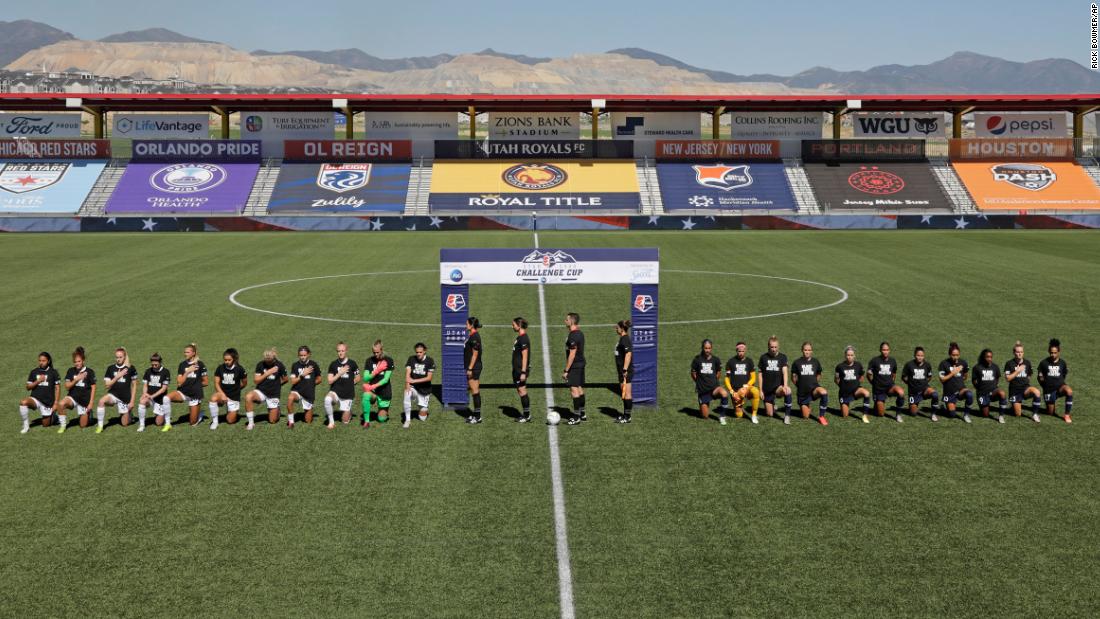 “We kneel today to protest racial injustice, police brutality, and systemic racism against blacks and people of color in the United States,” players on both teams said in an online statement.

“We love our country, and we have taken this opportunity to keep it at a higher level. It is our duty to demand that the freedoms and liberties on which this nation was founded extend to all.”

In a tweet, NWSL said, “In case you haven’t heard, #BlackLivesMatter.”

Protests against racism and police brutality have taken place across the country in the past few weeks after the deaths of Breonna Taylor, George Floyd and Rayshard Brooks. As sports resume this summer, people watch athletes react to the national protest once they hit the field.
Some athletes have knelt during the national anthem to protest police brutality since former San Francisco 49ers quarterback Colin Kaepernick began the movement in 2016.
Some of the NWSL’s biggest stars like Megan Rapinoe and Carli Lloyd will not participate in the tournament. Lloyd withdrew from the tournament after suffering a minor injury to her left knee, Sky Blue FC said in an online statement.

In a support tweet, Rapinoe said, “You love to see it. You love to see these women using their voices, demanding better for the United States, and for black people and people of color.”

The NWSL Challenge Cup continues on Saturday at 10 pm ET with the Chicago Red Stars against Washington Spirit.