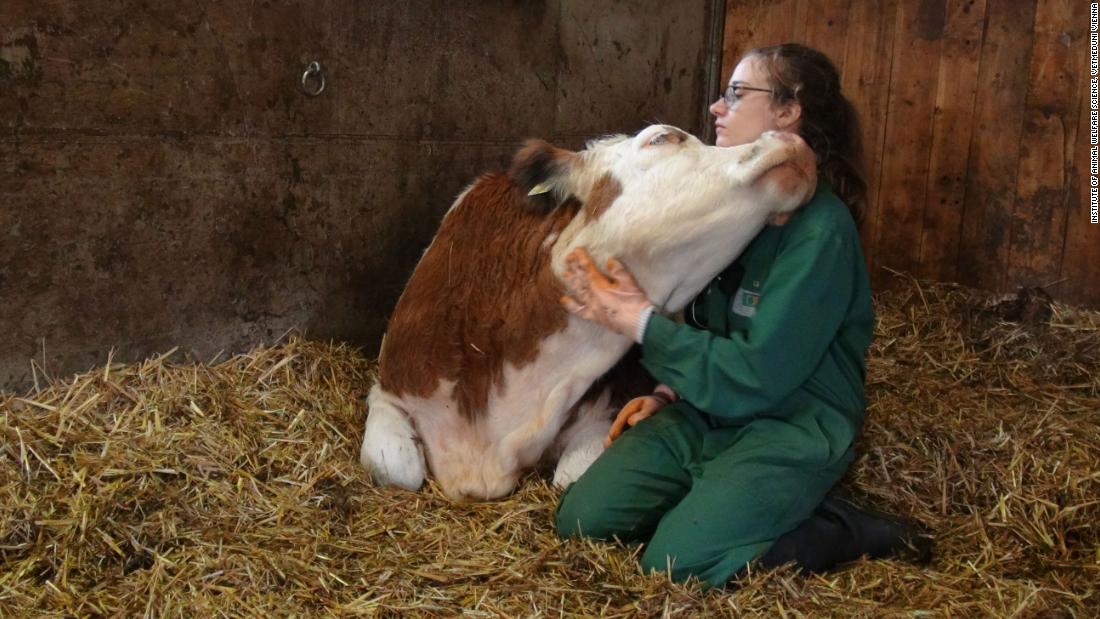 New research from Farm Stria suggests that farm animals prefer to chat face-to-face. Instead of listening to the sound recorded by the loudspeaker, the cow feels more relaxed after talking directly to live humans, the researchers found.

“Our study suggests that live communication is more comfortable for our animals than recording human voices,” Annica Lange, a doctoral student at Vienna University of Veterinary Medicine and author of the study, said in a press statement.

They are also responsible for human voices. Calves can learn to call by individual names and follow specific calls to go to the milk shed. They also show a clear preference for handlers who speak softly rather than handle.
This recent study, published in the journal Frontiers in Psychology.

સાથે Researchers working with herds of lizards compared animals to stoning when the experimenter’s voice was spoken quietly, or even when the animals were speaking directly to them.

“While enjoying relaxation and interaction, animals often lengthen their necks when they groom each other.”

“Furthermore, it is believed that the position of the ear may indicate mood: the condition of the hanging ear and the lower ear appear to be associated with relaxation.”

Lang said the findings could help improve the relationship between livestock and humans – an important aspect of animal welfare. He added that other studies have shown that cows that are less afraid of humans also produce more milk.

“We hope that the stockperson or farmer will communicate more often and speak some nice words when working with cattle in the future.”