Neumos in Seattle, in a pandemic: ‘We are all falling behind a phase’ 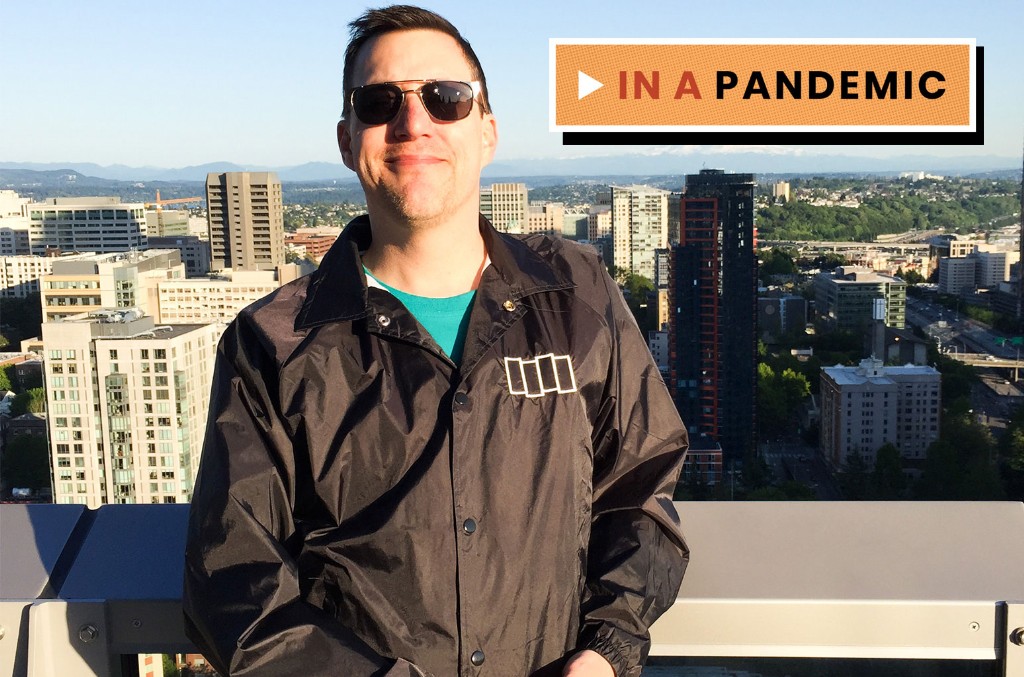 Steven Severin, co-owner of Neumos in Seattle, says he remains cautious about the reopening as he watches other places open and close again in a matter of days.

As a co-owner of the popular independent Seattle venue Neumos on Capitol Hill, Steven Severin It has been a staple in the Seattle music industry for over 20 years. About 10 years ago, he helped create the Seattle Music and Nightlife Association to bring together area connoisseurs of live events, and for the past 16 years he has helped run Neumos with his sister club Barboza and the Runaway Bar that accompanies.

As part of BillboardEfforts to cover the coronavirus pandemic and its impacts on the music industry, we will speak to Severin every week to share his experience during the crisis. (Read last week’s installment here and watch the full series here.)

What has changed for you last week?

Well, people keep getting shot in my neighborhood. Friday night the CHOP [an occupation protest and self-declared autonomous zone taking up several city blocks and an abandoned police precinct in the Capitol Hill neighborhood of Seattle that was established on June 8 by George Floyd protestors] I had this great day for June 16. It was called the blackout. They asked all the non-black people not to enter the actual CHOP zone. If whites wanted to come, they could stay outside the barriers and protect the people inside. They did all these speeches and all these workshops and it was incredible. Then, at 2:30 in the morning, someone passes by, shoots someone, kills one person, and injures another. It took the police 15 minutes to get there even though the compound is there, but they are not in the compound. It shouldn’t take 15 minutes to get there at 2:30 in the morning. Doctors arrive there and will not enter an active shooting area until police have secured it. Then the CHOP doctors put the injured person in his truck and took him to the hospital. He died upon arrival, which is bullshit and we still don’t know what happened.

[Two nights ago]It was 10:00 and I got into bed and social media said there were 10 shots [in my neighborhood]. It’s like, damn it. There were two more shootings and we have no idea why.

Have you been able to progress in the Washington Nightlife Music Association’s campaign to raise money for places with everything that’s going on?

The original campaign would be called Love Live Music, which is the fundraising campaign. In fact, we changed it to Keep Music Live. Typically, when you come up with a brand or logo, it takes weeks, if not months. We do this for about three days. The Love Live Music stuff just wasn’t right. We knew we could do better. A branding group contacted us and said they would like to make a pro bono video for us. That was great and they said they could design the logo for us. Then they came up with Keep Music Live, which is radical because it has the interchangeability of changing the word “music” to Neumos or The Crocodile or any place or city. You can take it and make it yours so that each individual person posting it can take whatever it is and change it.

On Thursday, the National Independent Venue Alliance released a letter to Congress signed by more than 600 artists, including Lady Gaga, Billie Eilish, and more. What was it like to put that?

We have been working on that for a few weeks, probably three weeks. We started by asking artists to share information on their social media about music venues and playing small shows, why saving stages was so important. We’re going to have you sign a letter to Congress because this [Paycheck Protection Program] It is not cutting the mustard. This does not work for many of us. We really need the help. We sent over 500,000 letters to Congress and that was not enough to record the importance of this. They have never seen anything like this. It is much more than anyone. I do not understand what we have to do so that the elect understand what the reality is. That was the idea with the artist’s letter. If you don’t hear those letters, how about Dave Grohl or Cher or Billy Joel? It is so much fun looking at the letter. I still haven’t had a chance to reach out to our lobbyist and see what kind of impact it’s having, but you’re getting a murderous press.

Many states are now seeing massive spikes in coronavirus cases after reopening. Have you seen this impacting somewhere?

People who are opening again are closing again. I know someone who was open for three days in Florida and they closed again. Because they said they couldn’t do it. A friend of mine in Arizona took a photo from the stage to see this amazing crowd. And I say, “Oh my gosh. You’re playing indoors in a crowded house in Arizona and no one is wearing masks.” It was a metal show and they were packed like sardines. I’m like, “No! Aren’t you paying attention to what’s going on with your numbers?”

Why did the Florida headquarters feel the need to close?

They closed due to the cases around them going up. It wasn’t necessarily their place where something was happening, but they were opened when the government said they could open and the numbers skyrocketed. Then my friend said, “We cannot contribute to this.” It opened to 25% of its capacity just to open, just to do something. With a capacity of 25%, you can do all the social distancing and all that. He said he was probably under 25%, but wanted to be part of the solution. They have 4,000 people receiving new cases every day. Then he closed it again. The virus is everywhere. We don’t want it to be like this. We want it done so badly, but the virus doesn’t care.

Are you closer to opening your place or bars?

We are looking to achieve [our bar] Life on Mars is open again. We just got kicked out to phase two [of our reopening plan] so that we can have 50% of our restaurant open. So we can have 75 people there. We haven’t opened to go yet because we don’t want to do it until it’s safe and correct. I was talking to someone in Tacoma and he asked me if other people are doing the same thing and I said “oh yes”. I’m on all of these Facebook groups with bar and restaurant owners and business owners and we’re all going backwards, as a step back. So now that we open for phase 2, we are going to open to go, which was fine in phase 1. Everyone agrees that we are not going to make 50% money. If we reach break-even point, it’s a damn miracle. People want to get back to things if they can and want to test the waters a bit, but we also have to be smart to make sure we don’t kill people. That is our main concern: not killing humans for any amount of money and definitely not for any money.