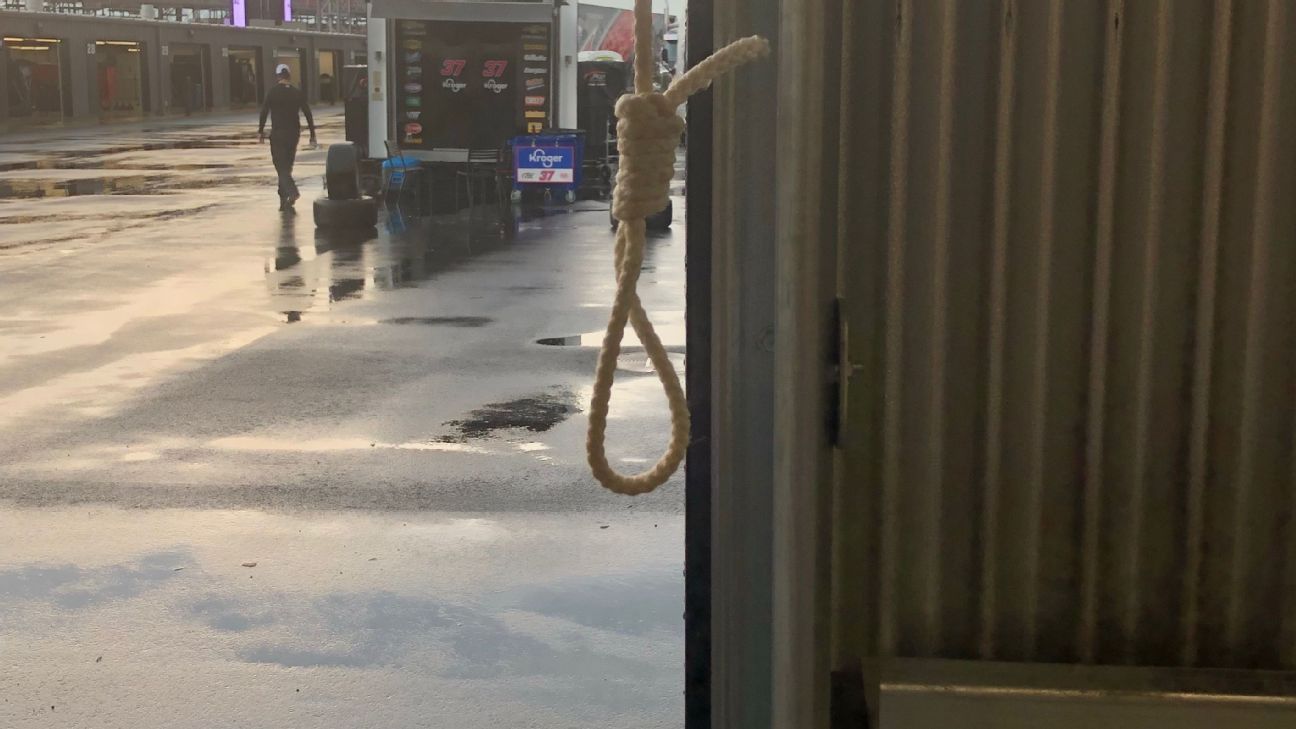 NASCAR completed its investigation into the garage pull rope formed as a knot found in Bubba Wallace’s garage at Talladega Superspeedway on Sunday, with President Steve Phelps saying “the knot was real” and “our initial reaction” on Thursday. was to protect our driver. ” “

NASCAR released a photo of the rope found in the No. 43 team’s garage.

On Tuesday, the FBI determined that Wallace was not a victim of a hate crime and that the rope had been at the garage door at Talladega Superspeedway since October 2019.

“Given the facts before us, we would have pursued this with the same sense of urgency and purpose,” Phelps said Thursday. “Upon learning to see the knot, our initial reaction was to protect our driver. We lived in a very charged and emotional moment. What we saw was a symbol of hatred, and it was only present in one area of ​​the garage: the one in the 43rd car. Bubba Wallace.

Wallace, the only full-time black NASCAR driver, told ESPN’s First Take on Wednesday that he was grateful that the rope was not intended for him, but he doesn’t think the investigation that followed was an overreaction.

Phelps said NASCAR performed a complete sweep of each garage area on the 29 tracks it competes on, totaling 1,684 garage spaces.

“We found only 11 in total that had a deployable rope tied in a knot, and only one rope, the one discovered Sunday in the Bubba Wallace garage,” said Phelps.

Phelps said NASCAR determined that the rope was not in the garage before the October 2019 race weekend, but was unable to determine “with certainty who tied this rope this way or why it was made.”

“… Our final conclusion for this research is to ensure that this never happens again, that no one goes through a loop without acknowledging the potential harm it can cause.”

Phelps said cameras will be added to garages in the future.