NASA shared an image of an “upside down city” under the cloud. Asgard Is it you? 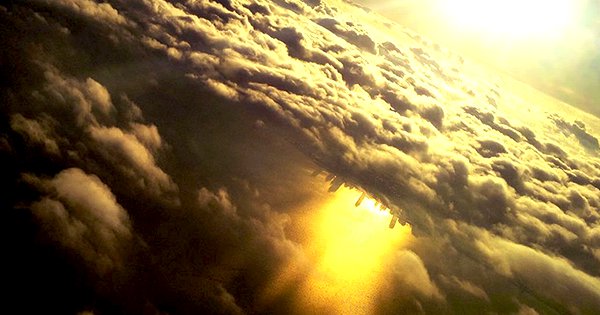 On June 24, NASA shared its astronomical image of the day that stunned most people on Earth. It made me believe in the concept of Asgard.

The majestic image shows an upside-down city peeking out from under the clouds. If you look close enough to the warm yellow light like a halo below the clouds, you will see vertical structures that resemble buildings.

And before you think this image was highly edited to challenge the human eye, it wasn’t. It’s just a photo of the city of Chicago taken from a slightly different angle.

This whimsical image was captured by photographer Mark Hersch while traveling by plane flying over Chicago O’Hare International Airport in 2014.

How could that city be upside down? The city, Chicago, was actually perfectly right. However, the long shadows it cast over nearby Lake Michigan near sunset, when viewed in reflection, make the buildings appear inverted.

While I am amazed to see this image, scientists Nemiroff and Bonnel with their reality lens point to an interesting observation:

The Sun can be seen both above and below the cloud cover, and the latter is reflected in the calm lake. As a bonus, if you look very closely, and this is quite a challenge, you can find another plane in the picture, probably also on the approach to the same airport.

Well, all I could understand from the explanation is that this image could be an inverted reflection of the city of Chicago. Whatever she said and did left me breathless.