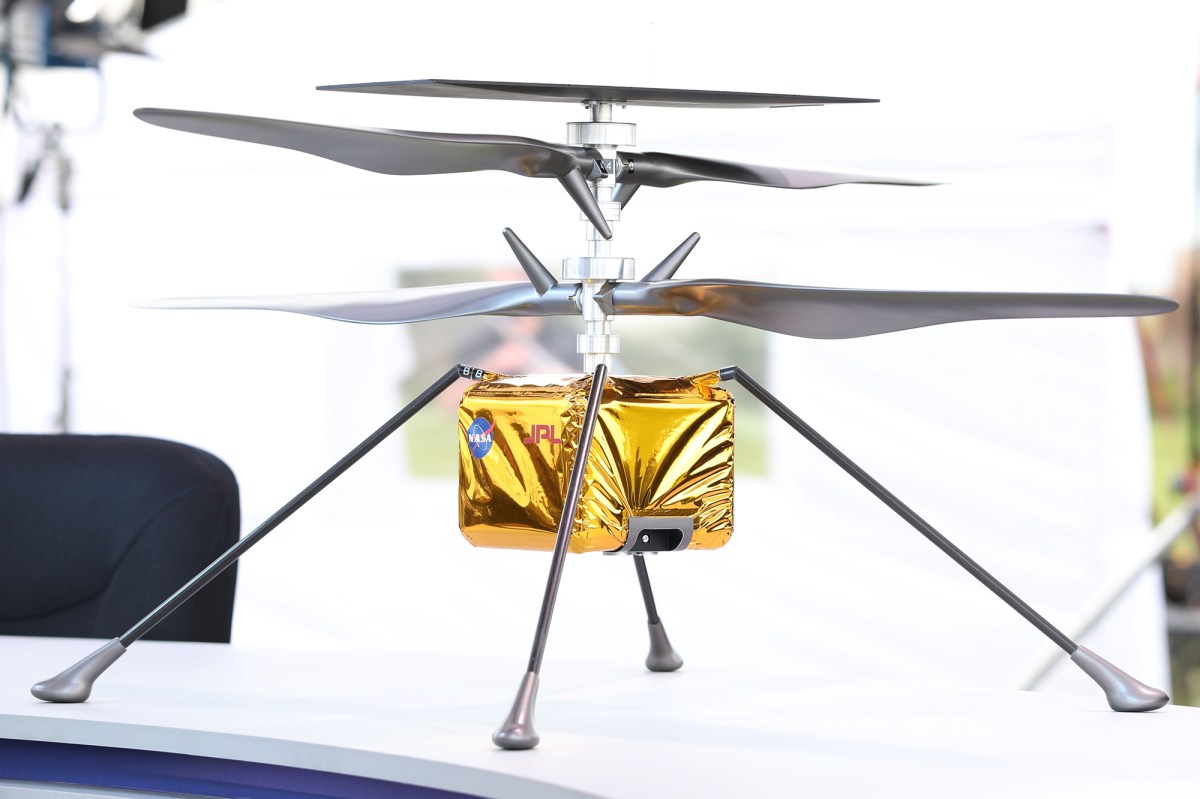 NASA has surpassed a ‘major milestone’ on its last mission to Mars, as the space agency was able to successfully attach the helicopter to the Perseverance rover, known as Ingenuity.

The six lithium-ion batteries that support Ingenuity and were charged on August 7, NASA said in a statement. It took eight hours for Ingenuity’s batteries to charge 35 percent.

“This was a major milestone, as it was our first opportunity to engage Ingenuity and give their electronics a ‘test drive’ since we launched on July 30,” said Tim Canham, operations manager for Mars Helicopter at NASA’s Jet Propulsion Laboratory, in the statement. “Since everything went through the book, we will be performing the same activity about every two weeks to maintain an acceptable condition.”

Ingenuity receives its power from the core system of the Perseverance rover, known as a Multi-Mission Radioisotope Thermoelectric Generator, supplied by the Department of Energy.

The ‘copter’, which weighs 4 pounds, allows researchers to understand the viability and potential of heavier-than-air cars on the Red Planet.

Assuming that perseverance successfully hits the Martian surface, scheduled to take place on February 18, 2021, Ingenuity will take a few test flights. After successful deployment, Ingenuity will be powered by its solar panel and not rely on the rover for power.

“This cargo activity shows that we have survived the launch and that we can handle the harsh environment of interplanetary space so far,” said MiMi Aung, Ingenuity Mars Helicopter Project Manager at JPL. “We have to go many more firsts before we can attempt the first experimental flight test on another planet, but at the moment we all feel very good about the future.”

The Perseverance rover launched into space at 7:50 a.m. on July 30 at 7:50 a.m. on the United Launch Alliance Atlas V rocket. The mission is expected to last at least one Martian year or about 687 days.

While on the Red Planet, the rover will perform a variety of different functions, including searching for evidence of ancient life.

NASA’s long-term goal is to send a manned mission to Mars by 2030.