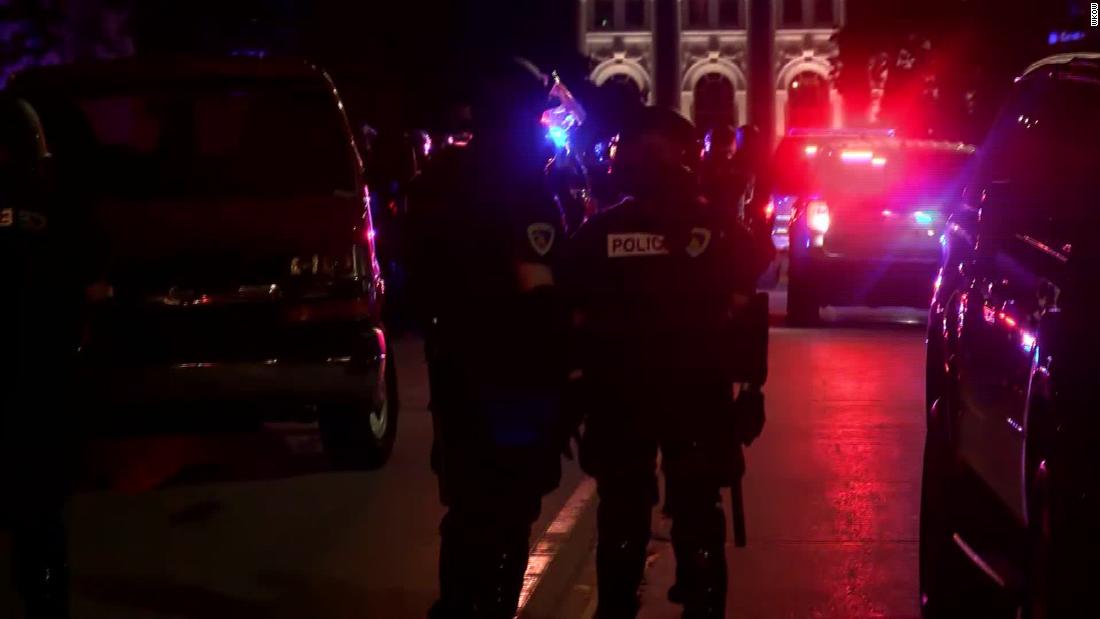 Devonere Johnson, a black man, was arrested Tuesday after being seen on video with a bat and moving in and out of a restaurant while speaking into a megaphone, police said in an incident report. He escaped from the patrol car before being boarded, according to the report.

He was tentatively charged with disorderly conduct while armed, resisting arrest and attempted escape.

On Tuesday, people were marching frustrated through downtown Madison after Johnson’s arrest, according to CNN affiliate WKOW.
Protests have spread across the country since George Floyd’s death in police custody, and some resulted in the destruction of Confederate statues by cities and protesters alike. But boiled by frustrations in Madison led to the fall of monuments unrelated to the Confederacy.

A group knocked down the statue of Colonel Hans Christian Heg and threw it into Lake Monona, the station reported. Heg was a Norwegian migrant who fought for the Union in the Civil War, according to the Wisconsin Historical Society.

The group also knocked down the Forward statue outside the State Capitol, which the Wisconsin Historical Society says symbolizes devotion and progress, WKOW said.

Democratic State Senator Tim Carpenter of Milwaukee was present at the nightly protests and said he was assaulted after taking a photo, the station reported.

WKOW said its crew called 911 to get it an ambulance.

“I don’t know what happened … all I did was stop and take a picture … and the next thing I get is five to six punches, which kick me in the head,” Carpenter told a Milwaukee journalist. Journal Sentinel in an interview after the assault.

CNN has contacted Carpenter and the Madison Police Department about the incident.