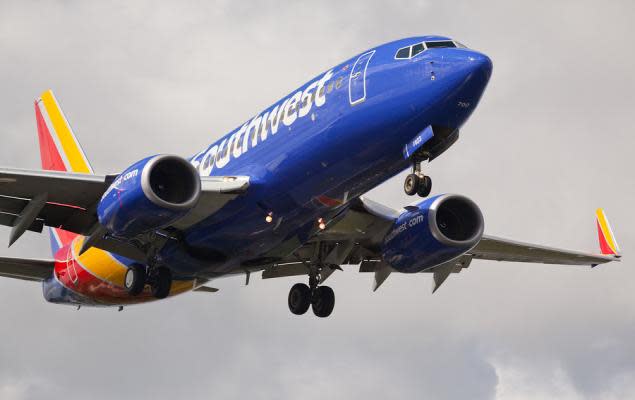 Last week, Southwest Airlines LUV provided an improved outlook for June and July compared to the previous months devastated by the coronavirus. This Dallas-TX-based low-cost airline attributed the sunniest view to the gradual increase in passenger demand due to lowering travel restrictions. The demand recovery scenario increased the optimism of many operators in recent times. Evidently, in the previous week, the management of American Airlines AAL stated that it expects to reduce its cash consumption rate to zero by December 31, 2020.

The carrier also made the news in the last five days of trading when it announced its intention to raise $ 3.5 billion to strengthen its liquidity position to combat coronavirus-induced low passenger revenue. Meanwhile, Spirit Airlines SAVE was fined by the United States Department of Transportation (DOT) in the amount of $ 350,000 for violating the rules regarding oversold flights.

3. Spirit Airlines was fined when it misclassified more than 1,000 passengers as “volunteers” who were actual passengers and was denied a boarding pass on the oversold flights of the Miramar, Florida-based airline. In particular, this budget carrier submitted inaccurate reports related to denied boarding of passengers for six consecutive quarters beginning in the first quarter of 2017.

5. Delta Air Lines DAL is slated to resume service between the United States and China as travel restrictions ease, making it the first US airline to restart flights to the nation after the temporary outage since February due to to the COVID-19 outbreak. Starting June 25, the airline will restart flights between Seattle and Shanghai-Pudong through Seoul-Incheon, operating twice a week. Starting in July, it will operate flights once a week from Seattle and Detroit, also through Incheon. Delta will use the A350 aircraft to operate the Shanghai Pudong-Seattle route.