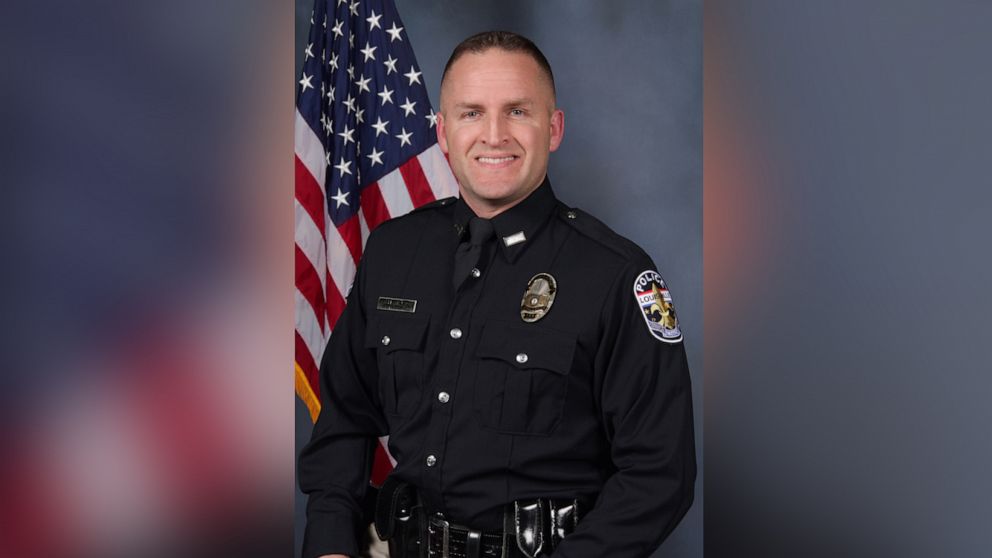 One of the three police officers involved in the death of Breonna Taylor has been forcibly fired.

Brett Hankison was fired from the Louisville Metro Police Department on Tuesday, more than three months after Taylor’s death.

Taylor, a 26-year-old African-American emergency room technician, was killed by police on March 13 after the three officers used a “do not touch” order to enter his department around 12:40 a.m. as part of a drug investigation.

Earlier this month, the Louisville, Kentucky Metro Council unanimously passed the Breonna Act, which bans “do not touch” orders and requires police body cameras to be turned on before and after each search .

Hankison’s termination letter, written by Police Chief Robert J. Schroeder and posted by the police department on Twitter, states that he was fired after he “showed extreme disregard for the value of human life” by firing 10 shots entering Taylor’s house without warning – putting her and her neighbors in danger, as a few shots also entered a neighbor’s apartment.

In fatally shooting Taylor, Schroeder said Hankison violated the Obedience to Force Rules and Regulations guidelines, as well as the Use of Deadly Force rules.

“In fact, the ten bullets he fired went towards a patio door and window that were covered with material that completely prevented him from verifying anyone as an immediate threat or, more importantly, any innocent person present,” he says. the letter.

Schroeder also noted that Hankison was previously disciplined on January 9, 2019, for “reckless conduct that injured an innocent person.”

Fischer said that neither he nor Schroeder can discuss the announcement further because of a state law that public statements about an alleged violation of departmental rules cannot be made “until final disposition of charges.”

“I find his conduct shocking to the conscience. I am alarmed and stunned that he used deadly force in this way,” Fischer wrote in Hankison’s termination letter. “Your actions have brought discredit on you and the Department.”