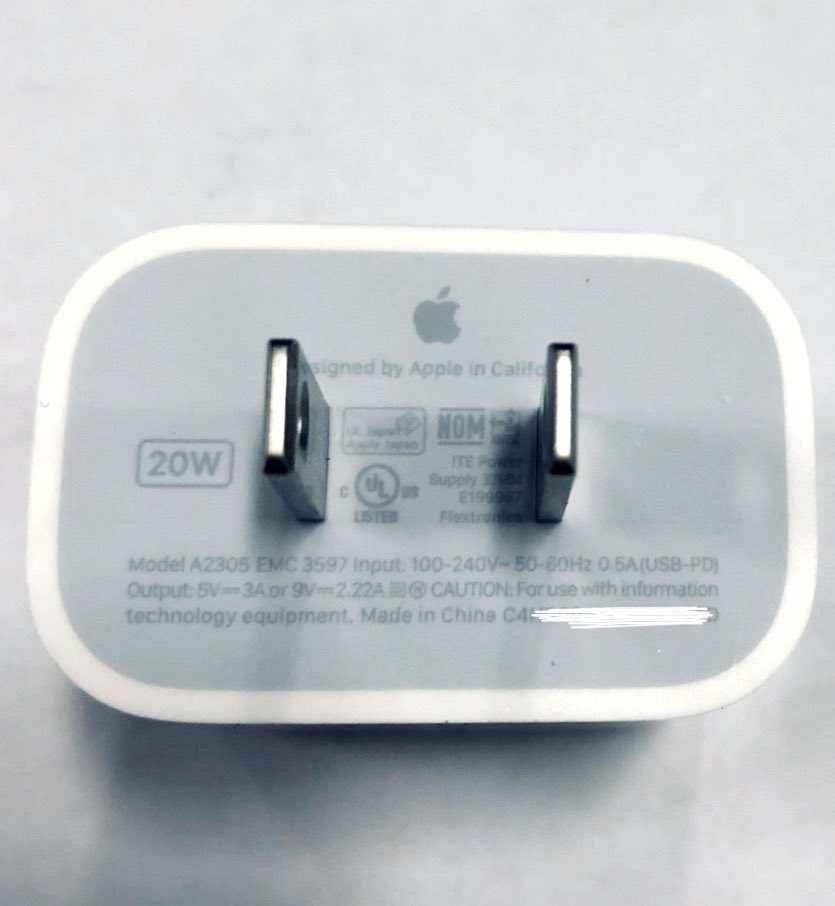 Apple may ship some of its upcoming “iPhone 12” models with a 20-watt USB-C PD adapter, based on photos shared by the Mr White filter on Twitter.

Rumors suggest Apple will complete its transition to an OLED lineup for this year’s “‌iPhone 12‌”, with a new 5.4-inch device, two 6.1-inch models, and a 6.7-inch phone.

Rumors suggest that the 6.7-inch ‌‌‌iPhone‌‌‌ and a 6.1-inch model will be high-end OLED devices with triple-lens cameras. On last year’s phones, these may be the ones that come with an 18-watt adapter.

On the other hand, Apple may choose to bring the fastest charging adapter to its entire “‌iPhone 12‌” line, but we probably won’t know for sure until it drops in the fall.