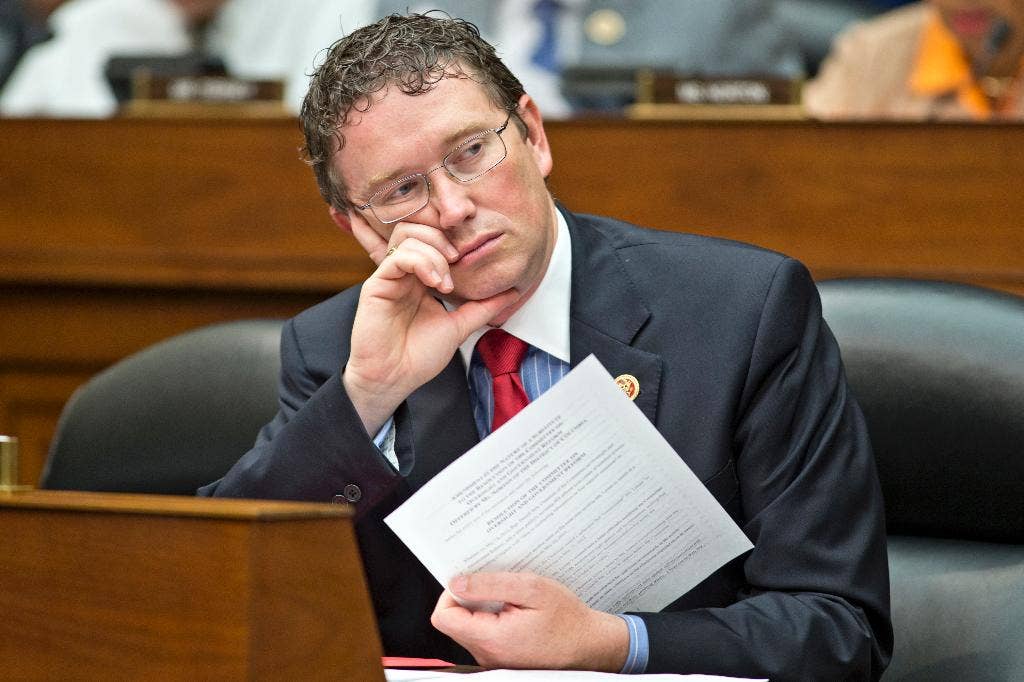 Rep. Thomas Massie was declared the winner of the Kentucky Fourth District GOP primary on Tuesday, despite previous calls by President Trump to “kick” Massie out of the Republican Party.

“Tonight’s victory sends a strong message that Republican voters in the 4th District of Kentucky want someone to represent them in Washington who consistently upholds principles, upholds life and supports the Constitution,” Massie wrote in a statement Tuesday. at night.

Massie beat her challenger Todd McMurtry with an 88 percent advantage with 73 percent of the precinct votes when The Associated Press called the race.

LOUISVILLE STRUGGLE TO REIMAGINE THE FUTURE OF POLITICS

Earlier this year, Trump called Massie “a disaster for the United States” and a “great third-rate standard bearer” after he withdrew a $ 2 trillion coronavirus relief bill in March.

Massie was against the big bill and demanded a roll-call vote that forced her colleagues to return to the House despite recommendations by health experts to stay home.

“I came here to make sure that our republic does not die by unanimous consent in an empty chamber,” Massie said in March, demanding a recorded vote.

Republicans and Democrats rejected Massie’s request because there was a quorum and approved the bill by voice vote.

Most of Massie’s votes on Tuesday were cast by absentee voting by mail and return due to coronavirus restrictions according to Roll Call.

Massie is allegedly known as “Mr. No” because of his voting record against bipartisan and conservative bills.

Trump, who won in the Massie district in 2016, appears not to have dissuaded Massie’s supporters despite tweeting “Throw Massie out of the Republican Party!” in March.

Massie won a fourth term in 2018 by winning nearly two-thirds of the vote, and will face Democrat Matthew Best, who appeared without opposition in the Democratic primary on Tuesday in November.