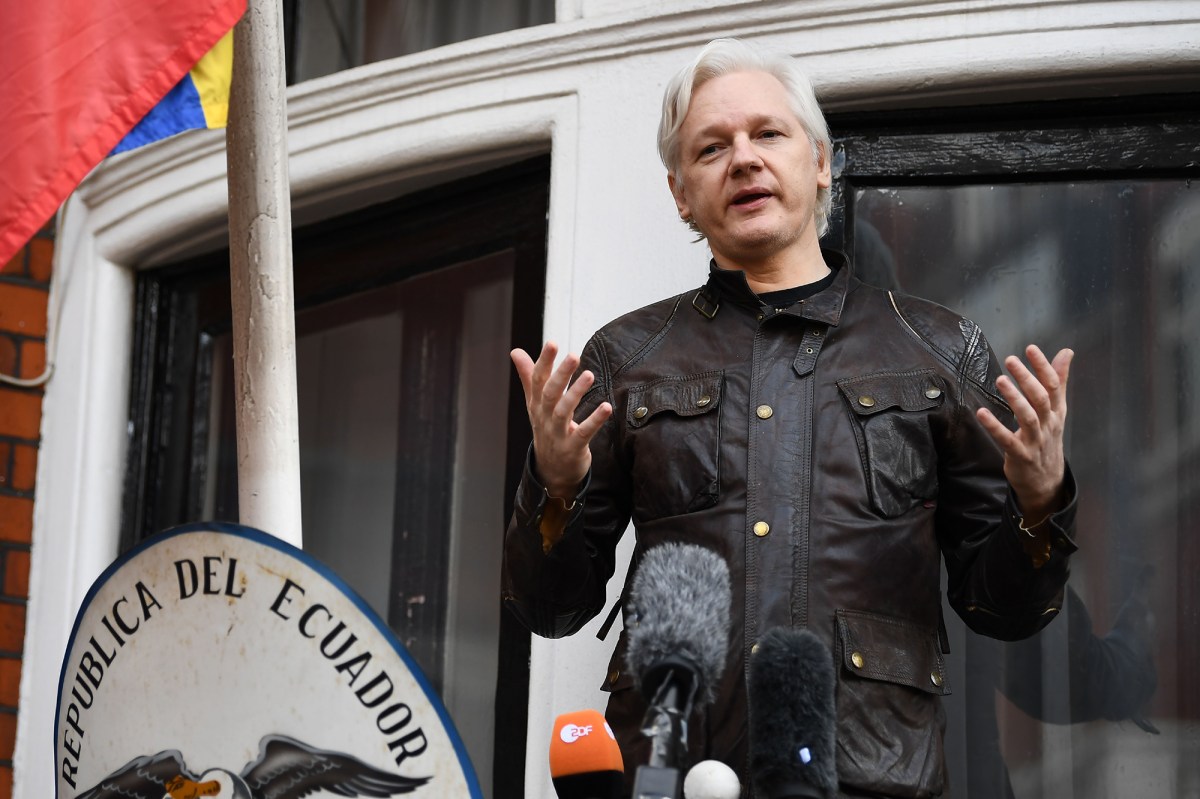 WikiLeaks founder Julian Assange was hit on Wednesday with a new federal indictment accusing him of conspiring with hackers, including the “Anonymous” group.

The replacement indictment adds no new charges beyond the 18 charges the Justice Department uncovered last year, but expands “the scope of the conspiracy” in which Assange is charged, prosecutors said.

“Assange and others at WikiLeaks recruited and agreed to hack into committing computer intrusions to benefit WikiLeaks,” the Justice Department said in a press release.

Prosecutors said Assange and WikiLeaks recruited during conferences in the Netherlands and Malaysia in 2009.

“Since the early days of WikiLeaks, Assange has spoken at hacking conferences to promote his own story as a ‘famous teenage hacker in Australia’ and to encourage others to hack for information for WikiLeaks,” said the Justice Department.

In 2010, Assange allegedly gained access to the government’s computer system in a NATO country, prosecutors said.

Two years later, he allegedly “communicated directly” with the leader of the hacker group LulzSec, who collaborated with the FBI, and “provided a list of targets for LulzSec to hack them.”

“In another communication, Assange told the LulzSec leader that the most shocking release of pirated materials would be from the CIA, the NSA or the New York Times,” the Justice Department said.

WikiLeaks allegedly obtained and published information it obtained as part of a hack at an “American intelligence consulting company by an ‘anonymous’ hacker affiliated with LulzSec,” prosecutors said.

He was arrested after being expelled from the Ecuadorian embassy in London and is now at the center of an ongoing extradition battle over whether he should be sent to the United States. He is currently locked up in a UK jail on other charges.

His alleged publication of hundreds of thousands of classified documents could see him sentenced to 175 years in prison, his legal team said.

Assange’s attorneys claim that he was acting as a journalist entitled to First Amendment protections and that the United States’ charges against him are politically motivated.