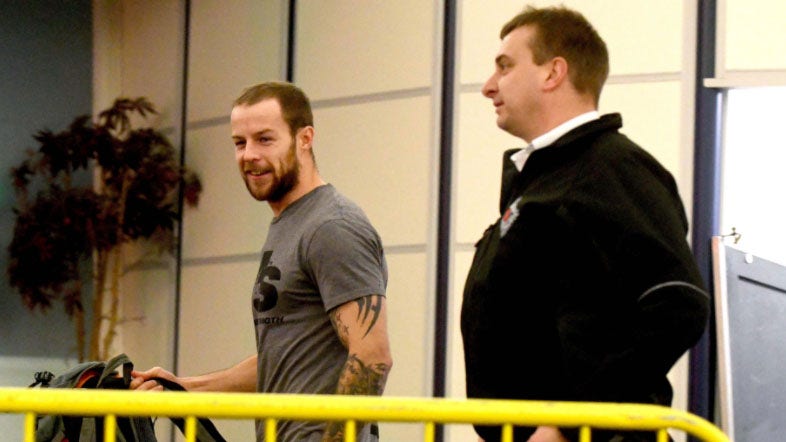 The story of a Scottish man who traveled by jet ski to meet his girlfriend on the Isle of Man, which was closed to non-residents due to the coronavirus epidemic, did not live up to his expectations. After being arrested, imprisoned and deported from the country, he revealed how dangerous his journey really was.

The day of Dale McLaughlin’s jet ski trip, the forecast called for calm waters, The Sun reports. Instead, it was met by 6-foot waves and heavy fog and quickly lost. He reported that the journey, which would take 45 minutes, ended at the end of four and a half hours.

McLaughlin, who had never operated a jet skeet before, told the Mirror, “As soon as I hit the open water, I thought, ‘Oh my God.’ It was like kicking in the teeth. It was terrible. It wasn’t funny. “

Worse, he says, a wave washed away his GPS, and he got lost in the middle of the ocean. “I had no clue where I was going,” he said.

He reportedly made it into the Isle of Man with just a few minutes of fuel left.

Isle of Man Chief Howard Quell called McLaughlin’s actions “a reckless, reckless, dangerous endeavor” that could have ended very differently if given the time of year. “

Fox News previously reported that McLaughlin met his girlfriend Jessica Radcliffe in September while working at Isle of Man after providing a certificate of release.

In mid-December, McLaughlin was arrested and sentenced to four weeks in prison for violating a coronavirus ban. The carefree romantic, traveled by jet ski from the Isle of Wight to Scotland to the island man. Due to bad weather, the trip reportedly saw McLaughlin, who had never run a jet ski before, run for about four and a half hours.

McLaughlin was reportedly released from prison as soon as possible and sent back to Scotland.

Due to the ongoing coronavirus epidemic, Island Man F has been closed to non-residents since March. At the time of Malcohlan’s stunt, there were only four active cases of coronavirus on the island.