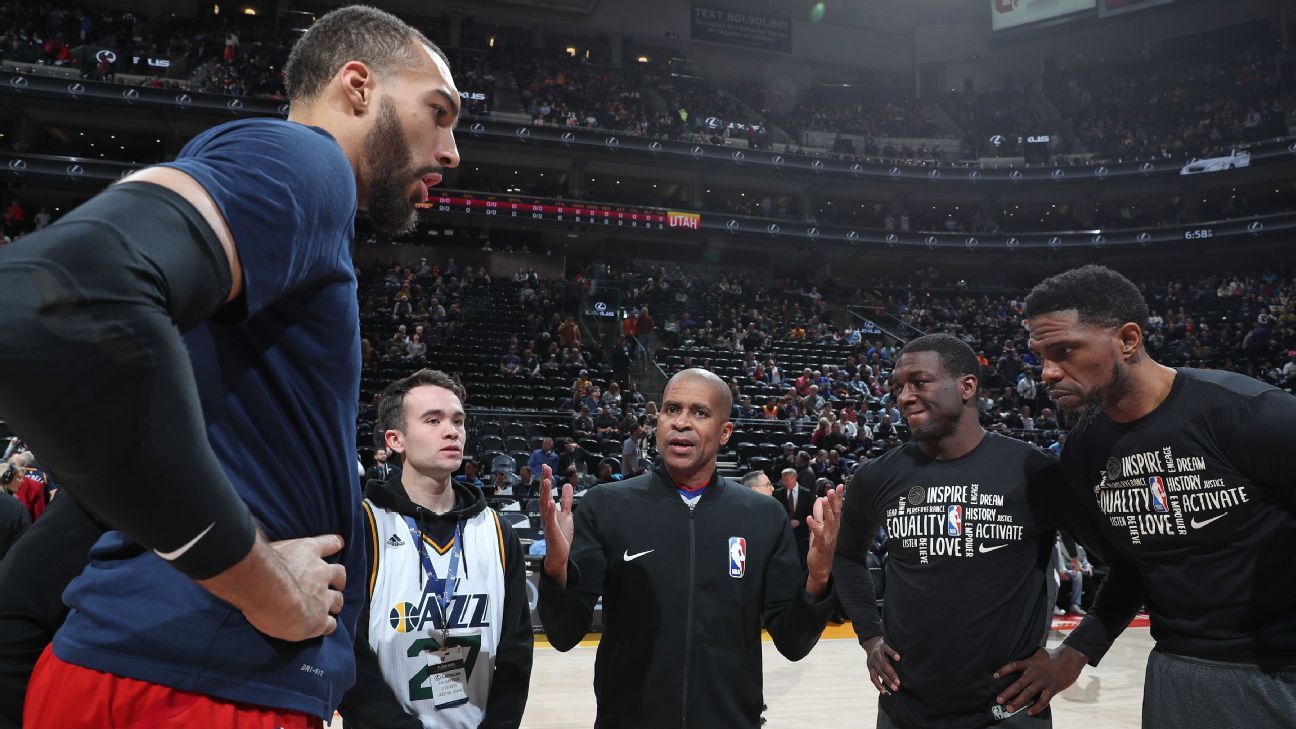 Utah Jazz Center Rudy Gobert still has trouble smelling after testing positive for the coronavirus in March, he told the French newspaper L’Equipe.

“The taste is back, but the smell is not 100% yet,” Gobert said in quotes published Wednesday. “I can smell odors, but not from afar. I spoke to specialists, who told me it could take up to a year. [to return to normal]”

Gobert was the first reported NBA player to test positive for the coronavirus, prompting the league to suspend its season in March.

When asked if he was “100%” to play, the Frenchman said he would not know until he returned to competing regularly. He said he still feels “strange things” but was unsure whether it was because of the virus or simply because of the long layoff from basketball, which he called the longest in his life.

Overall, he said, “I feel like I’m in good shape” and that he doesn’t feel more tired than usual.

Describing his symptoms a month and a half ago, Gobert said he had some “little things” that scared him, like feeling like he had “ants on my toes.” He said he only had “very mild” inflammation in his lungs when he went running in the mountains two weeks after his diagnosis.

Worse than the physical symptoms, he said, were the stress and fear that accompanied the virus.

In an interview with Le Parisien, another French newspaper, published last Monday, Gobert said that the criticism he received after his positive tests had an effect on him. Gobert previously apologized for his careless behavior before realizing that he was infected.

Gobert said that “of course” he regretted mockingly tapping the microphones in an interview room before his diagnosis, but also noted that he believes it was “less risky” to touch the computer than to talk about them, since the virus is commonly transmitted through of respiratory droplets.

Gobert also told Le Parisien that he thought the Black Lives Matter movement was “justified” and said that the money the players and the NBA earn as they resume their season can go to good causes like education.