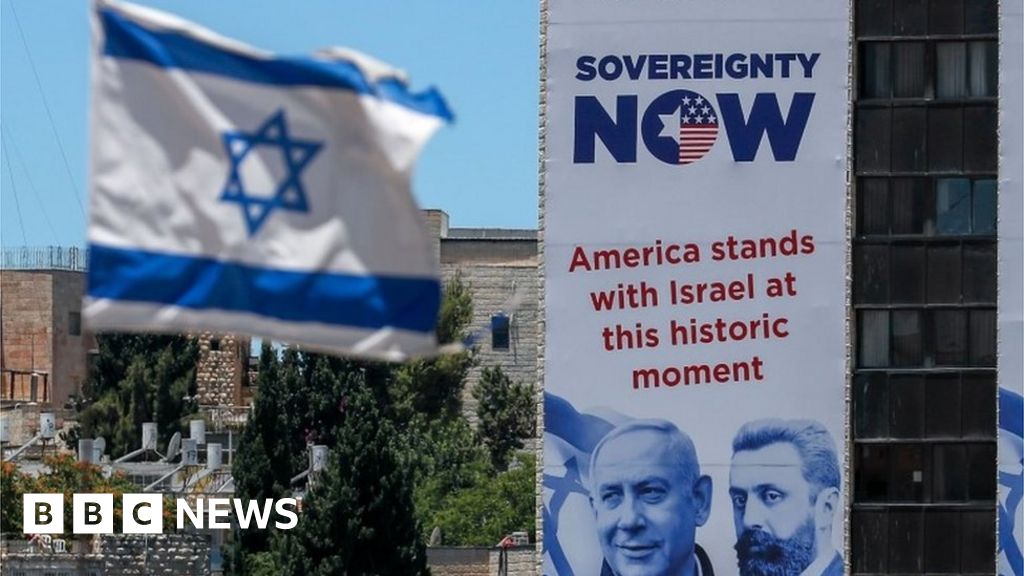 More than 1,000 parliamentarians from across Europe have signed a letter that strongly opposes Israel’s plans to annex parts of the occupied West Bank.

The letter raises “serious concerns” about the proposals and calls for “proportional consequences.”

More than 240 signatories are lawmakers in Britain. The Israeli embassy in London declined to comment.

The publication of the letter in various newspapers occurs a week before the annexation process can begin.

Under a power-sharing agreement that led to the formation of the current Israeli government last month, the annexation can be put to a vote starting July 1.

The project is led by Prime Minister Benjamin Netanyahu, who seeks to extend Israeli sovereignty over parts of the West Bank that contain Jewish settlements.

If approved, the measure could incorporate up to 30% of the territory, land claimed by the Palestinians for a future independent state of its own.

Israel’s incorporation of settlements received the green light under United States President Donald Trump’s Vision for Peace, a plan to end the decade of Israeli-Palestinian conflict unveiled in January.

‘Fatal to the prospects for peace’

The letter, sent to European foreign ministers, warns that the unilateral annexation of the West Bank territory could be “fatal to the prospects for peace between Israelis and Palestinians and will challenge the most basic rules that guide international relations.”

It is a sign of mounting international pressure on proposals stemming from President Trump’s plan for the region, says BBC’s Tom Bateman in Jerusalem.

The letter, signed by 1,080 parliamentarians from 25 countries, warns of the “destabilizing potential” for the region.

It is also signed by 35 members of the current Labor workbench, including Shadow Foreign Secretary Lisa Nandy.

Former Labor leader Lord Kinnock is a signatory, as are former Defense Secretary and NATO chief Lord Robertson, as well as Labor MP Dame Margaret Hodge who campaigned against anti-Semitism in the party.

European names on the list include the chair of the French security subcommittee, Nathalie Loiseau, the vice-president of the European Parliament Fabio Massimo Castaldo and the next prime minister of Ireland, Michael Martin.

The letter was organized by a former president of the Israeli parliament, Avraham Burg, along with three other public figures in Israel, among whom they have traditionally supported the two-state solution of a Palestinian state in the West Bank alongside Israel.

He warns that allowing annexation to pass “without response” would encourage other states with territorial claims to “ignore the basic principles of international law.” It stops before explicitly calling for sanctions against Israel if the measure is carried out.

Israel’s Ambassador to Washington Ron Dermer wrote Friday that Israel “plans to extend sovereignty to territories that will remain part of Israel in any realistic peace deal.”

He said Israel would not include the territory that Trump’s plan designates for a future Palestinian state and that he would commit not to build settlements in those areas in the coming years.

Israel and the United States describe the plan as a “realistic” two-state solution.

Dermer added: “We hope it will convince the Palestinians that another century of rejection is a losing strategy and that the Jewish state is here to stay.”

Palestinians are directly opposed to Trump’s plan and have boycotted diplomatic relations with the United States.

Some 430,000 Jews live in more than 130 settlements (and dozens of smaller “outposts”) built since Israel occupied the West Bank in the 1967 Middle East war.

Settlements are widely considered illegal under international law, although Israel, and the United States under the Trump administration, deny it.