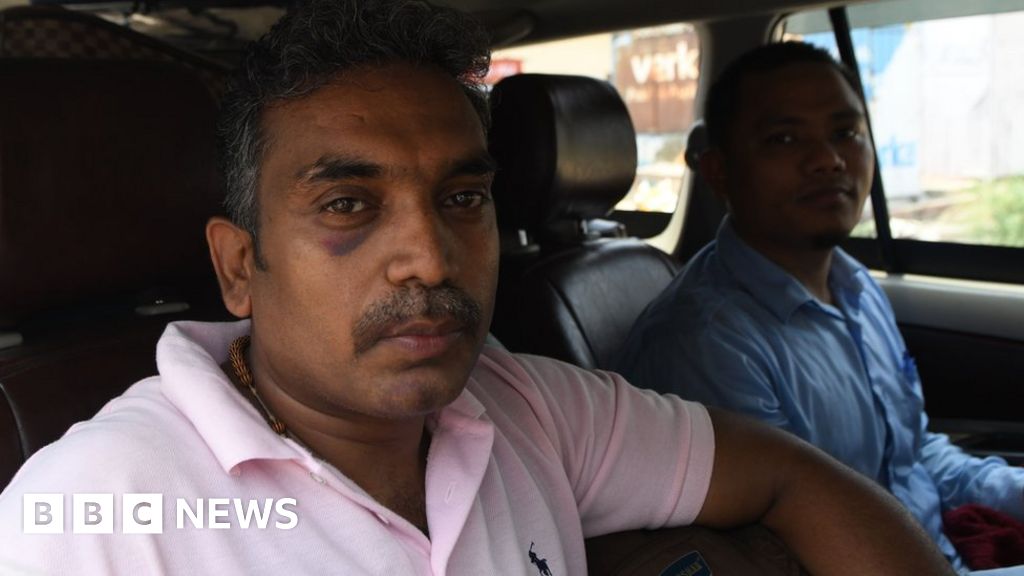 India is expelling half the staff of the Pakistan high commission (embassy) in its capital Delhi, accusing diplomats of spying and dealing with terrorists.

India will also cut staff by the same number on its high commission in the Pakistani capital Islamabad, the foreign ministry said.

There was no immediate response from the Pakistani authorities.

They were accused of trying to obtain information about the movements of Indian troops.

Indian media suggest that the latest move was caused by the alleged mistreatment of two Indian staff members in Islamabad.

Last week, the Indian government accused Pakistan of kidnapping the two men, but Pakistan said that the police had detained them after hitting a pedestrian while driving.

What are the details of the Indian movement?

According to the Hindustan Times, each of the two countries has an agreed strength of 110 employees in their respective high commissions, although the current number is actually around 90.

India’s decision means that the two commissions will have to send 35 staff members in one week.

“They [the Pakistani staff] they have been involved in acts of espionage and have had dealings with terrorist organizations, “India’s foreign ministry said in a statement.

He was also told, according to the Hindustan Times, that Pakistan had “participated in a sustained campaign to intimidate officials of the High Commission of India in Islamabad so that they would not carry out their legitimate diplomatic duties.”

What are the allegations about Indian employees?

The Indian government’s position, according to the Hindustan Times, is that Pakistani security agencies picked up the two men in Islamabad, tortured and incriminated them in a traffic accident and counterfeit currency.

When the two men, Dwimu Brahms and Selvadhas Paul, returned to India on Monday, they are said to have provided “graphic details of the barbaric treatment they experienced at the hands of Pakistani agencies.”

Pakistani police say the two men were detained after running over a man and trying to flee the scene, but were later released from custody due to their diplomatic status.

There were no immediate comments on the allegations that the two men had been tortured.