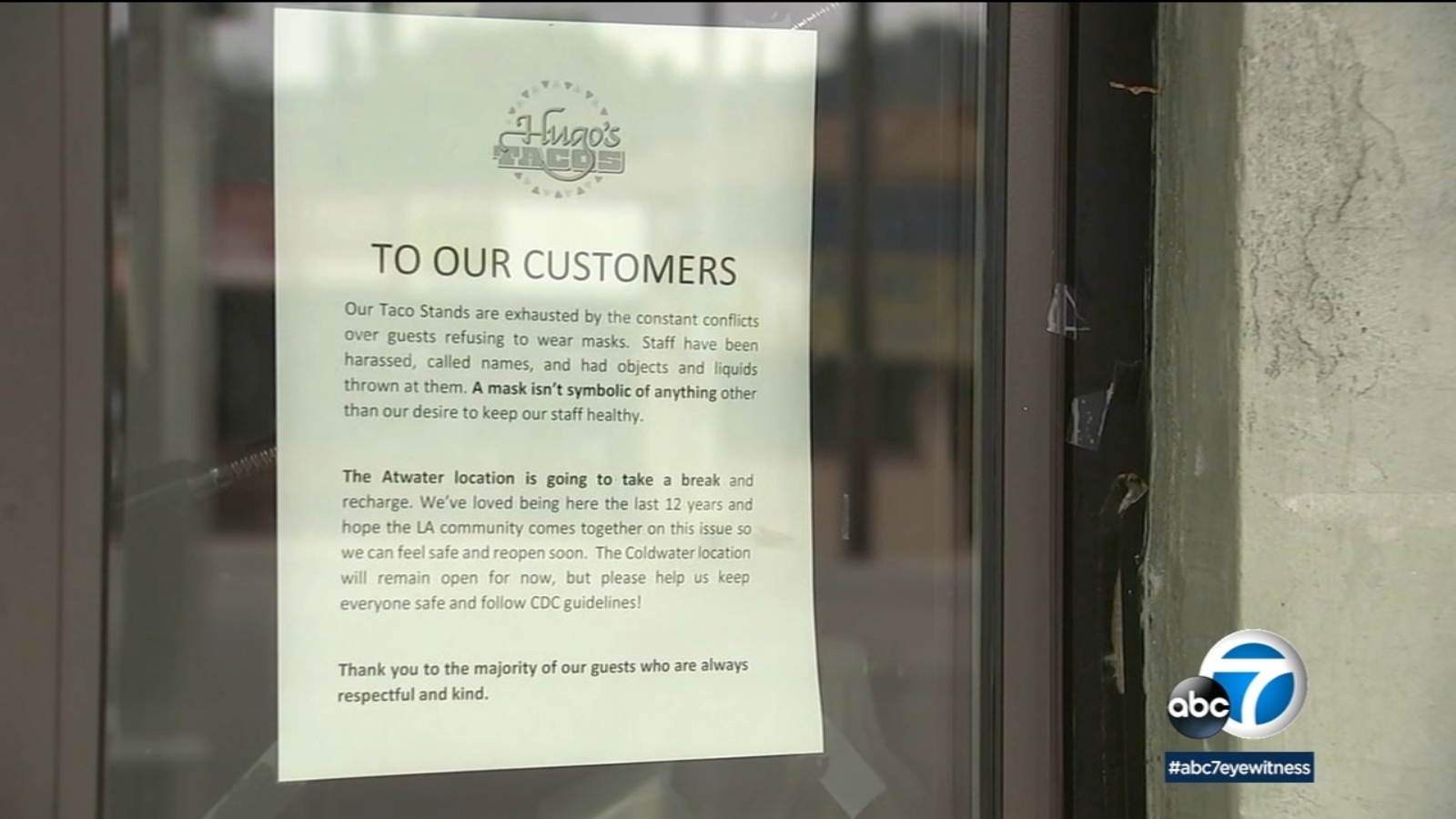 In a Facebook post on Sunday, Hugo’s Tacos announced that its restaurants in Atwater Village and Studio City “would take a break and recharge” after “constant conflict” regarding guests who refused to wear a mask when ordering food at taco stands.

“Staff have been harassed, called names, and objects and liquids were thrown at them,” the publication said. “A mask symbolizes nothing more than our desire to keep our staff healthy.”

Similar situations have been captured in now viral videos, the most recent involving a woman who engaged in a tirade after being asked to cover her face at a Trader Joe’s in North Hollywood.

The incidents occur more than a week after Governor Gavin Newsom issued a state mandate requiring all Californians to wear a mask in public, something that was rejected by some who politicized the governor’s order.

A study recently published by the University of Washington Institute of Health Metrics found that if 95% of Americans wore facial covers in public, about Oct. 1, about 33,060 coronavirus-related deaths could be prevented.