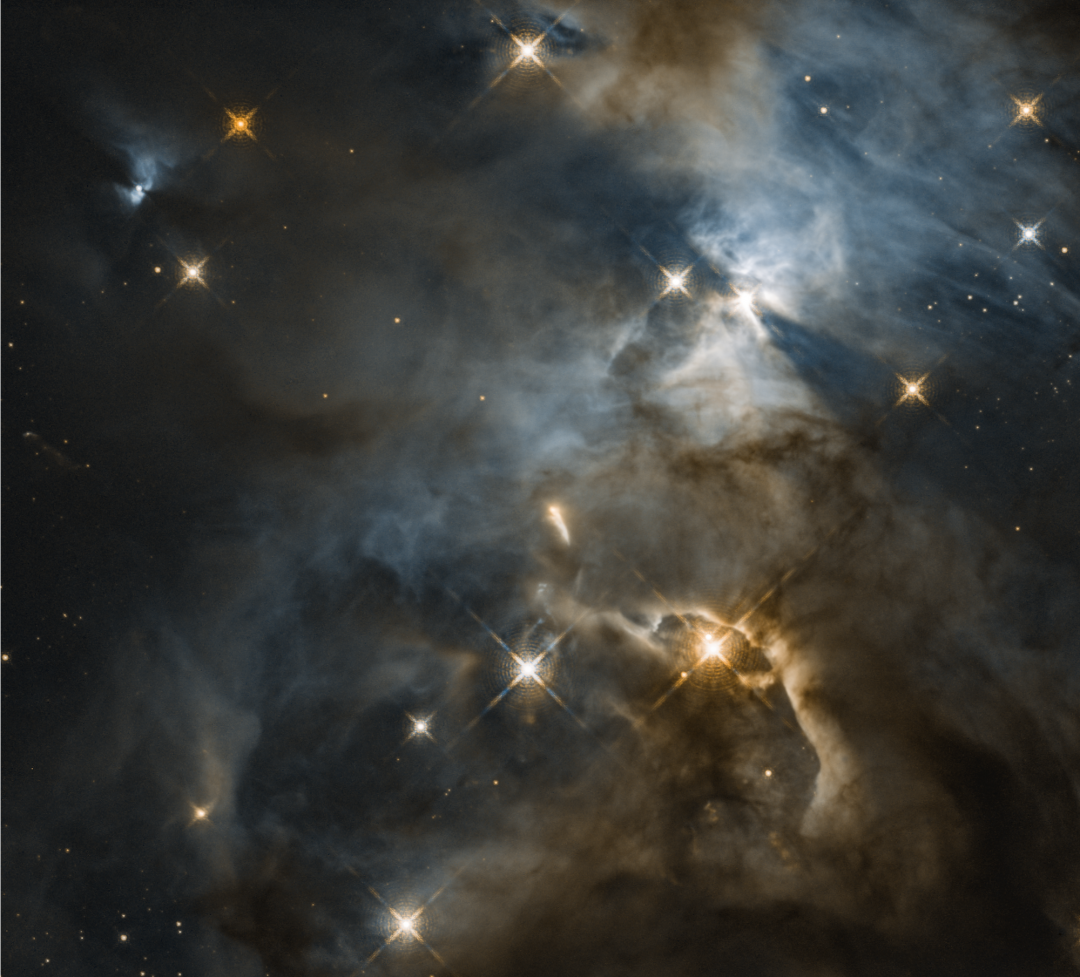 Bruce Wayne may have given us the signal on Earth, but there is a bat shadow in deep space.

The Hubble Space Telescope detected a “curious flapping motion” around the star HBC 627, nicknamed “Bat Shadow”. The star is part of the Serpens Nebula, approximately 1,400 light years from Earth. A light year, which measures distance in space, is approximately 6 trillion miles.

The flapping, which was observed over a 404-day period, could be the result of a planet “pulling on the disk and deforming it,” according to a NASA statement.

Astronomers using Hubble previously captured a remarkable image of the invisible disk of a young star forming a planet casting a huge shadow through a more distant cloud in a star-forming region. The star is called HBC 672, and the shadow feature was nicknamed “Bat Shadow” because it resembles a pair of wings. The nickname turned out to be unexpectedly appropriate, because now those “wings” seem to be flapping! (Credits: NASA, ESA and STScI)

“You have a star that is surrounded by a disk, and the disk is not like Saturn’s rings, it is not flat,” Klaus Pontoppidan, the study’s lead author, said in a statement. “It is bloated. And that means that if the starlight is directed upward, it can continue upward, it is not blocked by anything. But if it tries to go down the plane of the disk, it doesn’t come out and cast a shadow.”

“The shadow moves. It flaps like the wings of a bird! Pontoppidan added.

Pontoppidan and the other researchers deduced that the exoplanet’s pull on the star’s disk takes at least 180 days to orbit the star. It is also believed to be approximately the same distance from its star as Earth from the Sun, or approximately 93 million miles.

It is also possible that another exoplanet is also on Bat Shadow’s disk, the researchers added.

The research can be read in the arXiv repository here and will appear in an upcoming version of The Astrophysical Journal.

If a “flapping” Bat Shadow is not enough for Batman fans, Hubble discovered a “dynamic duo” of galaxies in December 2019.

Hubble, which launched into low Earth orbit in April 1990, celebrated its 30th anniversary in space earlier this year. Its eventual successor, the James Webb Space Telescope, described by NASA as the most powerful and complex space telescope ever built, is slated to launch on March 30, 2021.

However, work on the telescope was stopped due to the coronavirus pandemic.