How to develop your empathy skills 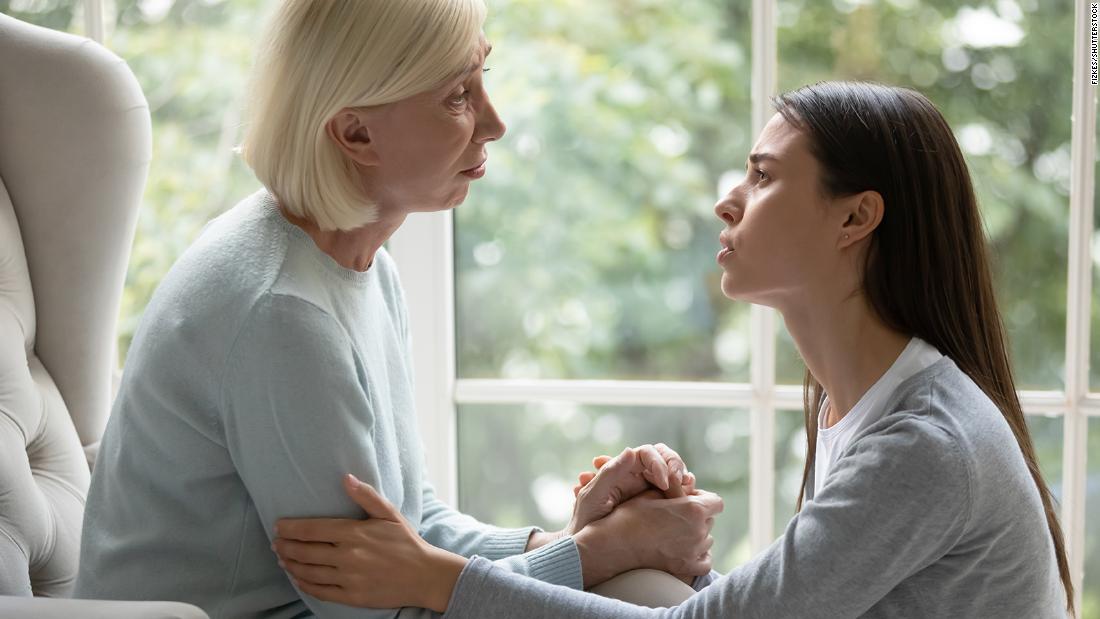 Psychological science has defined the term in many ways, but simply, it is “the ability to accurately perceive what someone else is feeling,” said Jennifer Lerner, psychologist and professor of public policy, decision science and management at Thornton F. Bradshaw . Harvard Kennedy School in Massachusetts. Her research examines human judgment and decision making.

We need empathy because it motivates us to act when we see people suffering, said Sarah Konrath, an associate professor of philanthropic studies at the Lilly School of Philanthropy at Indiana University.

And “at a time like this, when the Covid-19 pandemic and brutal acts of racism are causing so much suffering,” added Lerner, it is important to accurately perceive what others are feeling, even if we do not share those feelings.

What better time than now to strengthen your skills to express different types of empathy and practice them in your daily life?

Empathy is more about seeking a common humanity, while sympathy involves feeling sorry for someone’s pain or suffering, Konrath said.

Each one is more required in different situations. But a “common mistake is to jump into sympathy before empathically understanding what someone else is feeling,” Lerner said. Two types of empathy can avoid that relationship error.

Emotional empathy, sometimes called compassion, is more intuitive and involves caring and concern for others.

Cognitive empathy requires effort and more systematic thinking, so it can lead to greater empathic precision, Lerner said. It involves considering others and their perspectives and imagining what it is to be them, Konrath added.

Some job managers and colleagues, for example, have had to practice empathy for parents juggling remote work with childcare and virtual learning tasks, said David Anderson, senior director of national programs and outreach at the Child Mind Institute, in an episode of the CNN podcast “Coronavirus: Reality versus fiction with Dr. Sanjay Gupta”.

But since the pandemic began in March, that empathy has faded, reflecting the notion that cognitive empathy requires effort.

It takes work to interpret what someone is feeling with all their cues: facial expressions, tones of voice, posture, words, and more. Then you have to connect those signals with what you know about him and the situation to accurately infer his feelings.

“This type of inference is a very complex social-cognitive task” that could involve a variation of mental processes, Lerner said.

You have probably heard people call themselves “empathetic” as they are so deeply affected by the struggles of others that they take on heartbreak and emotional charge. But there is a difference between empathy and this state, which psychologists call “emotional contagion.”

Overwhelmingly, feeling exactly what another person feels when they are upset is actually self-centered and can lead to depression and poor well-being, Konrath said.

It also doesn’t help the person who is struggling, because it would end up with a friend who feels as bad as she does and therefore does nothing to help her.

“Empathy doesn’t require someone to share someone else’s sentiment, although it can sometimes involve that,” Lerner said. Emotional and cognitive empathy is best for you and the person who needs help.

Genetic or learned? What studies have they suggested?

Empathy is both a trait and a skill.

Some research has found that specific genes are associated with empathy, such as the genes that trigger oxytocin, the “love hormone” that increases when we make physical contact with another human being, which helps us bond, Konrath said. It can also influence human behaviors and social interactions, such as recognition and trust.

Most people have the fundamental ability to be empathetic, said Lerner, which involves a brain network of the mirror neuron system, the insula and the limbic system.

Mirror neurons mimic the actions and behaviors of others, and are linked to more intuitive emotional empathy. The insula regulates the sympathetic and parasympathetic nervous systems, which control the fight or flight response and relax the body, respectively. The limbic system regulates bodily functions in response to emotional stimuli and reinforces behavior through memories.

“When we see someone else doing something, in our bodies we have a kind of parallel response,” Konrath explained. “If we see that someone is expressing emotion, for a moment you might feel a reflection of that emotion that can help motivate you to find out what’s going on and try to help them. That may help explain a little bit how we are wired for empathy.”

In this case, many empathic processes are automatic, but they can also be triggered in situations where you have an incentive to be deliberately empathetic, for example, when you try to read the mood of your manager.

The other component of empathy is the environment, which means that it can also be reinforced by socialization. Our cultural, school, work and home environments and the values ​​within them can increase or decrease our ability to express empathy, Konrath said.

One of the best ways to encourage empathy, Lerner said, is to create interdependence between people.

“If I depend on you for something,” he said, “then I have to motivate myself to understand how you feel and vice versa.”

Developing and implementing your capacity for empathy

Empathy can be learned, and you can start by practicing how you behave in your relationships with others, Konrath said.

When you talk to someone, try to imagine what his life is like for her.

Read their body language and use reflective or active listening, which is intended to understand the person rather than preparing to respond while speaking.

During conversations, focus all your attention and time on listening, and then do what you can to make the person feel understood. To accurately perceive your feelings, you can ask questions: “You seem to be feeling downcast. Is that so?” Or “Is it fair to say that you feel optimistic?”

Distraction led to less empathetic precision, according to a study led by Lerner.

Spending time with babies, children, and animals can be helpful, Konrath said, since they cannot verbally express their needs, he would have to assess them more intuitively.

Awareness of someone’s pain can be overwhelming, so you could walk away from it, especially if you think you don’t have time to deal with it, Konrath said. But in difficult times, what people really need is for someone to be there, not about saying the right thing, but about being present, listening and understanding.

“Learning to regulate our emotions and being able to tolerate negativity is very, very important for mature empathy,” added Konrath.

The positive aspects of empathy.

When you become more empathetic, the people in your life may feel more loved, supported and cared for, Konrath said.

You could also feel more united with others, be able to resolve conflicts faster, and achieve greater job satisfaction, Lerner said.

“Unless you accurately perceive that your child or partner is angry with you, you do not have the knowledge to begin to resolve a conflict,” he added.

A mindset focused on the needs of others can also reduce stress hormones. Konrath said empathic people score lower on the depression scales.

“Empathy is such an important biological system in our bodies that, of course, there will be some kind of benefit for the empathic person,” Konrath said. “Being able to undergo a hormonal change that allows you to continue caring for someone is very important for human survival.”

Tags health How to develop your empathy skills - CNN