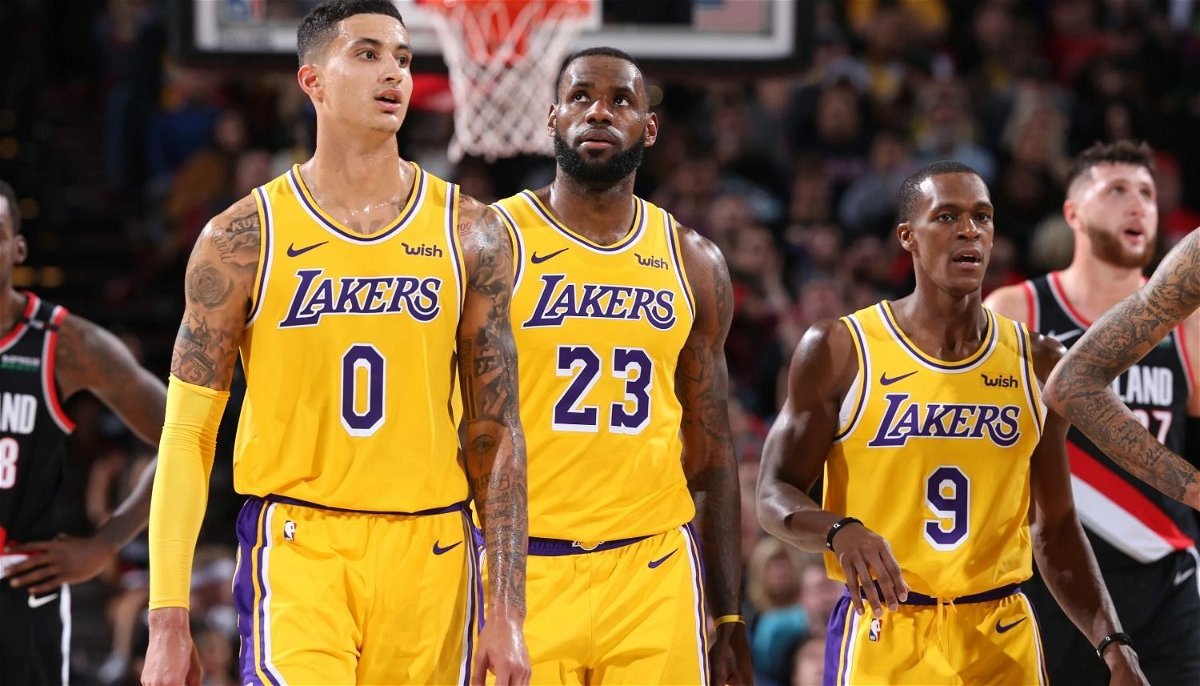 The NBA announced earlier this month that the league will return in late July with a revised regular season structure. Since the return was announced, the league has come under fire from various players. Many stars have voiced their opinion against the NBA’s return by threatening to boycott the league. And just a few hours ago, a Los Angeles Lakers player chose not to restart the NBA.

Avery Bradley, who has been a firm starter for the Lakers this season, is unwilling to travel to the Orlando bubble. According to ESPN’s Adrian Wojnarowski, Bradley has cited family concerns as the main reason for his decision.

“As committed to my Lakers teammates and organization as I am, ultimately, I play basketball for my family.” Avery Bradley said. “And so, at a time like this, I can’t imagine making a decision that can put my family’s health and well-being at the slightest risk.

With Bradley out for the rest of the season, the Lakers have a difficult task on hand. The main question that will arise is who will take the place left by the 29-year-old guard. There is no reason why the Lakers are unsure before the NBA returns. Although they suffered a loss just before the season stopped, it won’t have much of an effect. With a 49-14, the team is at the top of the Western Conference and holds the second best record in the league.

Who should the Los Angeles Lakers replace Bradley with?

Of the 63 games played by the Lakers, Avery Bradley started most of them. In fact, he is the team’s starting guard. LeBron James has adapted quite well to the starting position as he is good at mastering possession of the ball. Bradley has played in 49 of the Lakers games and has actually started 44 of them. Coach Vogel clearly prefers it over Kentavious Caldwell-Pope. He steps off the bench and averages a little more than Bradley’s 8.6 points per game.

Fulfilling the starting role shouldn’t be a deciding factor for the Los Angeles Lakers. The team is well balanced and if Vogel doesn’t trust Caldwell-Pope enough to give the 27-year-old a starting position, there are always other options. However, Bradley’s shooting statistics are slightly below what Caldwell-Pope has been able to offer. But defensively, Bradley is the best option any day.

Rajon Rondo’s talent is always there for the team to experience. The 2008 champion has a lot of experience and is also likely to get the go-ahead as a starter. However, young talent at Kyle Kuzma cannot be overlooked as he has been impressive this season. The forward’s explosiveness proves to be a game changer on certain occasions. Kuzma is definitely a viable option for the team, although Caldwell-Pope has started more games than him.

There will be only eight regular season games before the long-awaited postseason begins. Therefore, the Lakers have very few attempts to achieve their starting lineup. Although the top five will change based on the intensity of the games and the threat of the opponent, the dynamic duo of Anthony Davis and LeBron James are expected to wear purple and gold and push their team towards their first championship since 2010.